Similarly dated as the 1989-opened Bossotel in front, Supanich Condo is among the longest standing of its kind in Chiang Mai. So although now rather past its prime, the singular construction comprising one five-storey and two eight-floored wings does have its saving graces! Not least the building itself and surviving communal facilities are still in good clean shape coupled with an ample share of modernised residential units.

Get on track with this historic town LOCATION!

Addressed on Rotfai Alley inside the past-steeped Wat Ket neighbourhood, Supanich Condo lies right across the way from Chiang Mai train station! No better placed, in fact, for folks to hop the Northern Line’s day and overnight rail services down to Hua Lamphong in Bangkok with a pick of first-, second- or third-class seating/sleeper berths and fan-cooled or air-conditioned carriages awaiting.

Needless to say being a major transportation hub, there’s a ready supply of onward rides in the form of tuk tuk, red songthaew and the occasional licensed taxi cab as well as a decent show of doorstep conveniences. Beyond a line-up of kerbside street food carts and a 7-Eleven open all hours, occupants can make short work of the budget-priced breakfast buffet or chill in the beer garden at the fittingly named Rod Sabiang [meaning ‘dining car on a train’ in Thai speak!]; yet more up to par platefuls of domestic and international eats accompanied by seriously drinkable cocktails can be finished off at Route 1 Bar & Grill; whilst at the freight container themed Connex@Rodfai is Road Fire café-cum-watering hole.

Just up the road from Supanich Condominium

Not even 200m away on Charoen Mueang Road and the closest green setting to the condo is Railway Park; once home to the famed Railway Terminus Hotel and admittedly seen better days, the scarcely visited recreation ground’s perfect for a spot of reading, quiet contemplation or a jog around its abandoned Lanna style pavilions. But equally serves as a scenic cut-through to Thunghotel Road; whereabouts of the Panij Samakhi sporting complex with its tennis, squash and badminton courts, lap pool, gym, massage parlour and Thai restaurant, plus nearby StarWork co-working and event space with snappy access to terminals 2 and 3 of the Provincial Arcade bus station, the Chiang Mai Business Park, and CentralFestival mall.

Whether by brisk walk or by catching the zoo-bound B1 white municipal bus, west along the Charoen Muang strip before crossing the river Ping at Nawarat Bridge are Tesco Lotus Express and Mini Big C grocery shops, and the Thai Chinese-South Asian peopled San Pa Khoi Muslim quarter with its smashingly local namesake day market; carrying on to make the likes of Chiang Mai’s Night Bazaar and the Old City’s Tha Phae Gate.

Wondering what Supanich Condominium has to offer in the way of ON-SITE AMENITIES?

Not only do outside parts of the premises enjoy liberal plantings of tropical trees, shrubs and creepers not to mention an ornamental fish pond thick with koi carp, but also quantities of street-level car and motorbike parking (canopied and otherwise) with added racks for push bikes.

Despite neither a barriered approach nor a keycard control system, CCTV’s fitted throughout with a corps of 24-hour security guards either on patrol or else stood overlooking the condo’s main doors.

Through which, and redecorated just a few years back, is a whacking great high-ceilinged and WiFi-ready entrance hall; featuring a countered ‘Information’ office run from 6AM to 10PM every single day of the week, drinks vending machine, twin passenger lifts [elevators], conference room, and laundry corner with a pair each of coin-operated washers and tumble dryers.

Up and over the lobby’s mezzanine floor and complete with rock waterfall is an invitingly proportioned and nicely kept outdoor saltwater pool with deckside ping pong table! Alas, the snooker club in the rearmost section of the building has become something of a junk room.

CONDO UNITS economical on the wallet but not so in scale!

Constituting a fair number of residential condo units, give or take, studios at Supanich go from an over average 37 to 48 square metres; whereas the larger sized 1 and 2 bedroom corner units boasting dual aspect views from a circular private terrace open at some 78 sq m to a recently rediscovered top floor penthouse suite hitting 110 sq m!

Barring the sleeping chambers, the one or two bathrooms and several units where the kitchenette exists on the balcony, condos are laid out inclusively and with scant exceptions, offered A/C’ed and furnished in full. Installable with broadband internet from 3BB, internal appointment’s a regular ragbag from rough and ready to poshed up and comfy!

Are you staying or have you stayed or even invested in the Supanich Condominium? We would love to here your thoughts and comments on the building and the location.

Check out our listings at Supanich Condominium

Studio room at Supanich Condo next to train station

Furnished studio apartment to rent at Supanich Condominium located next… 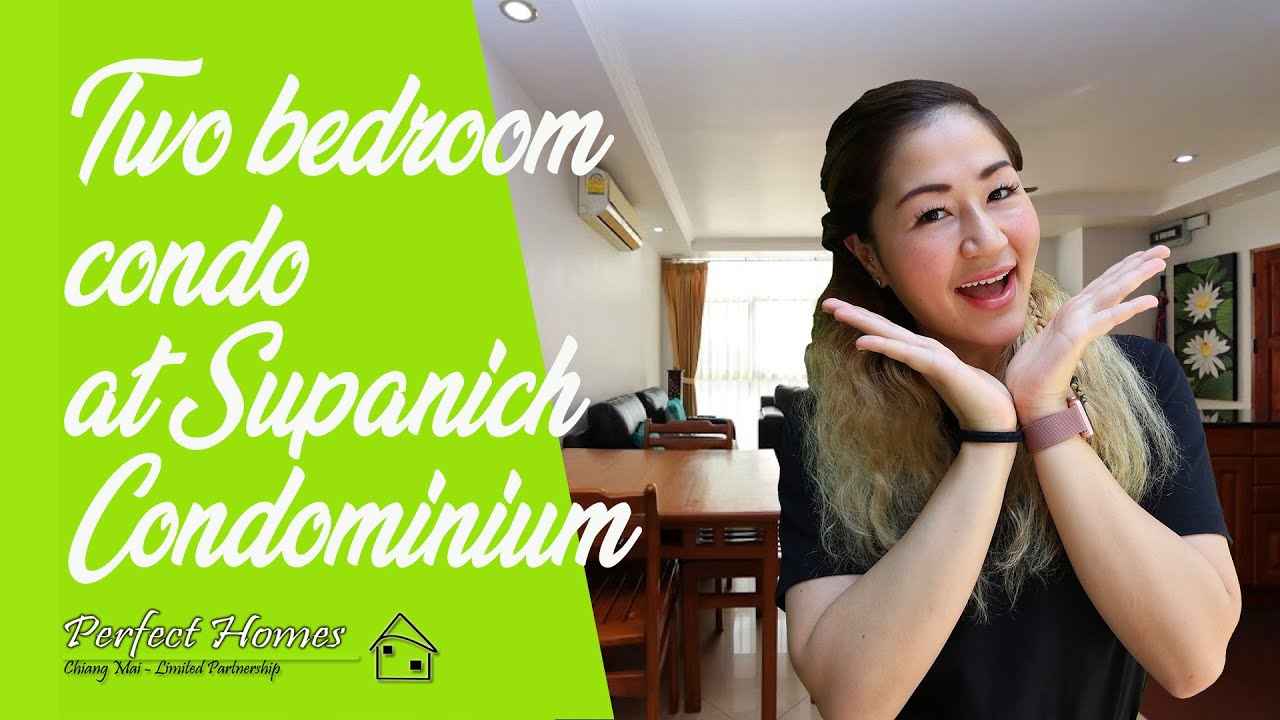 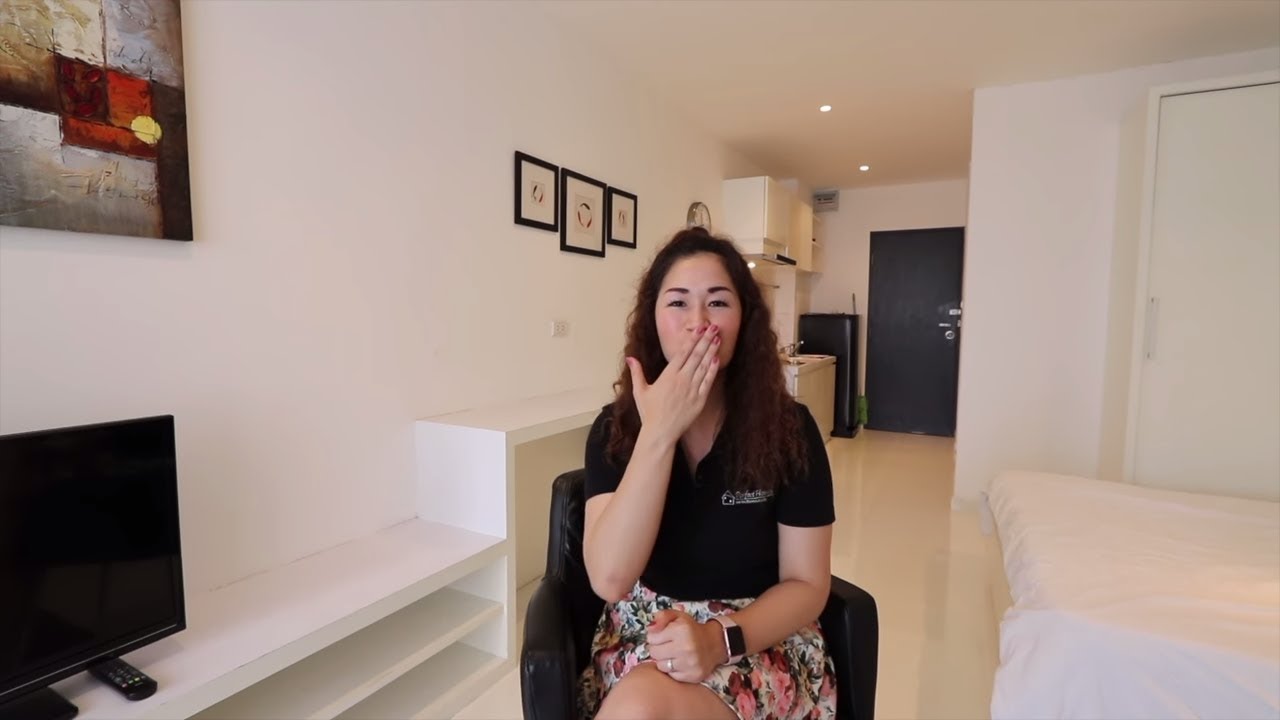