Sharing many of the same merits as the slightly more youthful but less centrally located Chiang Mai Riverside, Rim Ping condo was -upon opening in 1991- a residential development of the highest specification and utmost modernity. The iconic Rim Ping condo has matured admirably relative to its peers. It continues to be a perennially favoured habitat of westerners and the Japanese by virtue, especially of its robust building management and proper upkeep and its pet-friendly status and enviable geographic setting.

Rising conspicuously and without equal against the local skyline, the Rim Ping condo is supremely positioned right on the lush eastern embankment of the gently flowing middle reaches of the Mae Ping River. Established in 1978 and something of a Chiang Mai institution, the on-site Samsen Villa restaurant offers ambient alfresco riverside dining from its expansive, mid-priced menu of authentic Thai and western cuisine, complete with a broad selection of international brand lagers served refreshingly ice-cold in frozen mugs – their justly famed “Jelly Beer”! Emerging from the condo on foot and crossing the Nakornping Bridge,

Rimping Condo residents can visit the sprawling Muang Mai market in minutes; a hive of activity 24 hours a day and very much the stockist of choice for numerous local restaurateurs, seasonal fresh fruit, vegetables, herbs, mushrooms, meats, raw fish and shellfish in a myriad variety are available to purchase individually or wholesale at unbelievably low prices. No less distant from the property but instead situated downstream of Nakornping Bridge is Chiang Mai’s Chinatown, at the heart of which is the oldest and largest commercial complex in the city. Kad Luang; a cluster of four separate markets, the century-old Warorot and adjoining Ton Lam Yai indoor day markets each comprise three floors of an astonishing assortment and extent of foodstuffs (Northern Thai specialities in particular), clothing, textiles and household goods as well as a basement food court and, come nightfall, an eclectic gathering of outdoor street food vendors.

At the rear of Kad Ton Lam Yai, overlooking the river, is the dazzlingly colourful and heavenly scented flower market, Kad Dok Mai. From here, yellow, blue, green and white songthaew can be boarded for travel to the surrounding districts of Mae Rim, Doi Saket, Saraphi, San Sai and San Kamphaeng as well as the neighbouring province of Lamphun.

For a variety of imported food products and delectable homemade bakery items set amid an old-fashioned grocery shop founded in 1969, Thai folk and foreign ex-pats flock to the flagship branch of the family-run Kasem Store nearby Ratchawong Road.

For those needing a dedicated modern work environment, the scarcely heard-of state-owned Thailand Creative and Design Centre (TCDC) is a mere 750m to the west of Rim Ping condo and boasts a first-floor café, rentable meeting room and event hall in addition to a superbly equipped, spotlessly kept and extraordinary value Resource Centre (sheltering a library and a small sofa-bedecked ‘cinema theatre’) upstairs.

Besides conducting routine hourly patrols of every floor of the building, suitably attired personnel on security detail are stationed round-the-clock inside both the main roadside entryway to Rim Ping condo as well as the foyer with closed-circuit TV cameras distributed throughout common areas and magnetic keycard-controlled admission to the building; for added reassurance, the juristic office is staffed from 8 AM to 5 PM seven days a week with an in-house technician on call 24 hours a day and a standby generator for in the event of any electrical outages.

The lobby is adorned in traditional Lanna [Northern Thai] style with teak/rosewood parquet flooring. It features a sparklingly clean through-wall aquarium alongside a serviced laundry shop containing a few coin-operated washing machines. Between the single condo building and the river, towpath lies approximately 800 sq m of charming and conscientiously-tended gardened grounds to chill out.

Together with a generous capacity of covered multi-storey parking on levels 2 to 5 accessible by either of the two-vehicle elevators, the more energetic residents can take any of the three passenger lifts to the sixth floor to avail of the condo’s leisure facilities; occupying the fitness room is a ping pong table and several pieces of exercise apparatus while just beyond are gender-segregated saunas and, affording an almost unbroken 180° scenic outlook, a sizeable semi-open swimming pool (heated by solar power during the winter months) about which are a gathering of amply-proportioned rattan sun loungers. Despite the lack of a building-wide shared WiFi network, residents can easily self-arrange –and at their own expense- the installation of high-speed home broadband.

At a positively giddying 21 storeys in stature, Rim Ping condo stands as one of the tallest habitable constructions in Chiang Mai and categorically the loftiest riverfront condominium in the city. With 100 air-conditioned and –for the most part- fully furnished residential units divided between floors 7 and 21. Studio rooms are absent, but the very smallest one bedroom, one bathroom units weigh in at a spacious 79 sq m (more than double that of the city average for its kind) with equally vast 2, 3, 4 and –on the topmost floor- even five-bedroom, five-bathroom units up to a colossal 322 sq m of useable space. Characterised by large windows, elevated beds, semi-circular dual-aspect bays and attached full-length wrap-around private balconies,

Rimping Condo units are designed to take maximum advantage of the truly sublime west-facing views over the Mae Ping River, urban cityscape and forested terrain of the mountainous Doi Suthep-Pui National Park. Indeed, very few spots in Chiang Mai provide a better grandstand panorama of the spectacularly photogenic Loy Krathong/Yee Peng Festival of Lights each November! Over the years, the interior presentation of some of the original condo units has been completely overhauled with the degree and standard of furnishings, range and quality of home appliances, as well as the layout and decorative flair subject to the whims of the individual owner.

By all means, please take a peek at our current sales and rentals at Rim Ping condo below.

Are you currently living at Rim Ping condo, or have you ever stayed there? If so, we’d love to hear your thoughts by posting a comment below!

Check out our listings at Rimping Condo

Check Out this Walk Through Video For Rimping Condominium 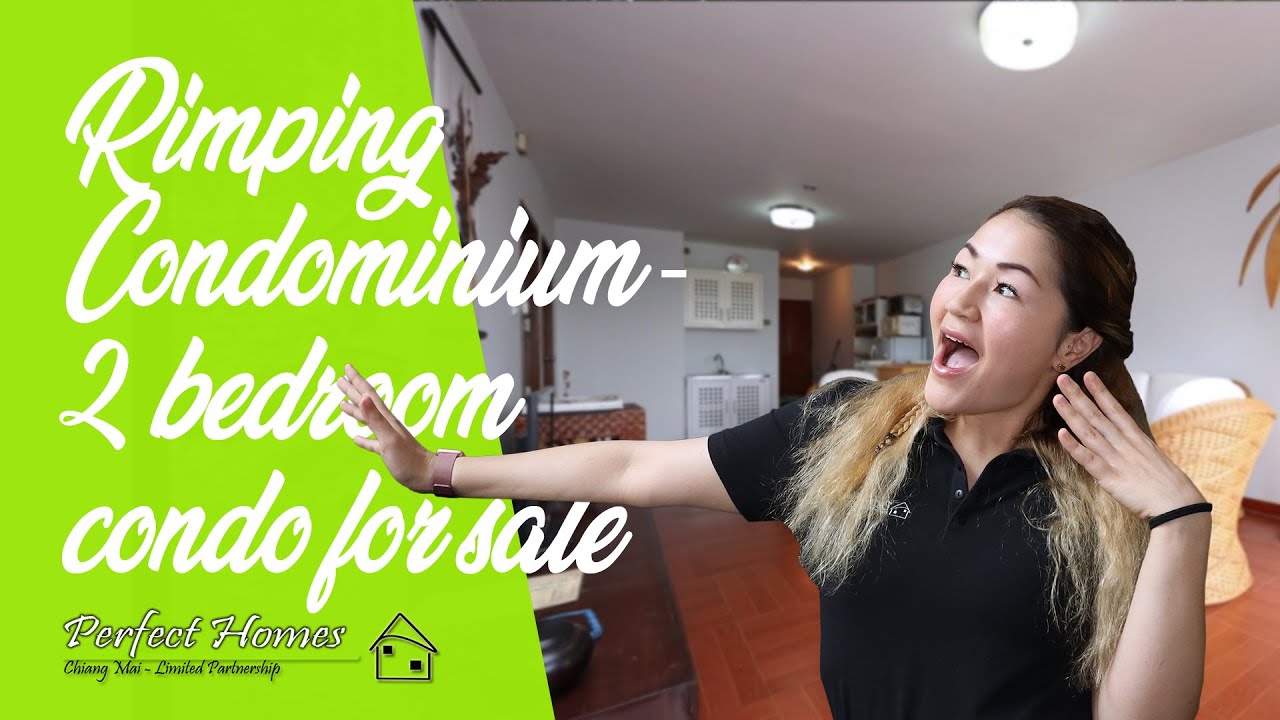 Have you seen these posts!

Perfect Homes are proud to present another offering from Thailand’s foremost real estate developer Sansiri. Building on the success of their previous project Dcondo Campus

High end Natara Condominium. The interior of the condo is 70 Sqm and there is an additional 38 Sqm of private patio. Rent: 18,000 THB/Month. …

A fully furnished 2 bedroom townhouse located within Usafaham Village Chiang Mai off the Chareonrat Road. Rent: 10,000 Baht/Month. Accommodation is arranged over 2 floors with …

Modern and stylish 6th floor 2 bedroom spacious apartment with city views near Nimmanhaemin Road. Rent 20,000 THB/Month. Surround yourself with comfort and style in …