Peaks Garden was formally launched in January 2008 as the second in the Saha Group’s portfolio of Peaks branded low-rise luxury condos in Chiang Mai. Exhibiting subtle modern-contemporary design inspiration from the Land of the Rising Sun and for all its age, Peaks Garden continues to serve not only as one of the most competently run and best-maintained condominiums in the entire municipality but also commands a tough to beat location.

Concealed in part by greenery at the far end of a small, private and peaceful soi off Chang Klan Road in the company of Twin Peaks and Peaks Avenue condos, Peaks Garden truly feels like an escape from the hurly-burly of its urban surroundings yet is no more than a few short strides from the main drag offering reasonable access to every conceivable amenity and convenience. Within a hundred metres of the condo lies “The Peak”, a parade of four outlets, including a licensed travel agency for sightseers needing a local tour package or vehicle rental. Or, spoil yourself rotten with a discounted signature massage treatment, invigorating scrub or indulgent facial at the sumptuous Peak Spa and Beauty Salon opposite!

At the head of the soi is a serviced laundry laundrette. Situated only a 10-minute stroll from Peaks Garden is the much celebrated and ever vibrant

Night Bazaar, amongst the oldest and most iconic after-dark shopping, dining and entertainment hangouts in Thailand.

A latter-day legacy of early Yunnanese merchants who travelled caravan routes between China and Myanmar, the Night Bazaar is home to many open-air and indoor restaurants, food courts and market stalls. Beyond this, the eastern edge of the ’Old City’ symbolised by Tha Phae Gate is mere moments away. Roughly midway between Peaks Garden and the Night Bazaar rises Pantip Plaza, its largest IT and electronics mall.

Given its history, the Chang Klan neighbourhood is occupied by a variety of ethnic minorities –most notably Tai Yai (Burmese Shan) and Cin Haw (Chinese Muslims)- whose cultural impact is especially conspicuous in the mosques, hill-tribe farmers’ markets and halal eateries.

For a more progressive retail experience, both of CentralFestival and Central Airport Plaza malls are readily reachable –along with a string of other venues within the city- from Peaks Garden by riding their respective complimentary shuttle bus, which operates daily from the nearby five stars Shangri-La Hotel or, adjoining which, The Astra condo.

Stationed out of sight just inside the barricade gateway to Peaks Garden is a team of security guards clothed in military fashion monitoring the main entrance round-the-clock; in conjunction with CCTV cameras mounted throughout shared areas of the complex and a biometric fingerprint recognition system controlling admittance to the single condo building, the reception desk is operated by professional and welcoming staff officially on duty between the hours of 8 AM and 5 PM every day of the week and supported by an in-house engineer on call 24/7. Parking enough for 27 cars with separate bays for motorbikes, a roomy communal lobby invitingly adorned with scatter-cushioned sofas and tasteful ornamentation, double lifts (elevators), gender-segregated sauna and steam rooms, an excellently equipped gym as well as a good-sized and aesthetically appealing outdoor swimming pool.

Dotted around the water’s edge and shaded by a backdrop of lush tropical flora are a half-dozen or so padded loungers upon which to withdraw entirely from the world and soak up the atmosphere of blissful serenity. Connect to the building-wide WiFi for free, or you can install your private internet connection.

Set on a little over one rai (0.16 hectares) of prime land, the 8-storey Peaks Garden consists of 79 fully furnished, air-conditioned and balconied residential units enclosing a light-filled and naturally ventilated central atrium. With an open-plan layout, interiors are wonderfully bright courtesy of full-height windows and smartly –and snugly- appointed to a high standard. Floors 2 to 8 have one-bedroom units ranging from 37.78 to 81.28 sq m, while the two-bedroom suites boast 91.76 to 128.90 sq m of useable space.

It is a predictable but worthy pick of condo for a short-stay holiday let or, as is the norm because of its popularity, a long-term lease as reflected in the sheer number of westerners and Japanese folk who now call Peaks Garden home. The 49% foreign-owned quota at Peaks Garden has been met as its predecessor. Though purchasable units within the legal limit occasionally emerge, unsurprisingly, they rarely exist for long!

By all means, check out all of our available re-sales and rental units at Peaks Garden.

Are you presently living at Peaks Garden, or have you ever stayed there? If so, we’d love to know what you think by leaving us a comment below! 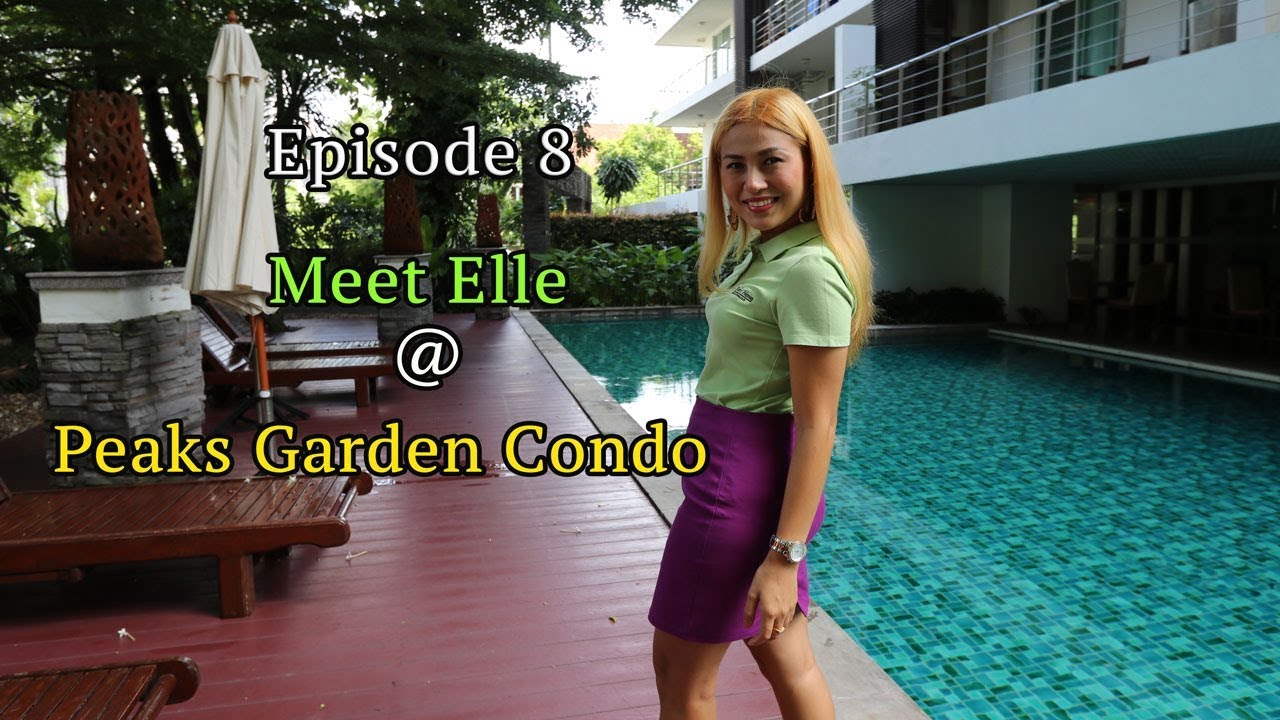 Check out our listings at Peaks Garden Condominium

1 bedroom condo to rent at the luxury Peaks Garden