With a definite aura of exclusivity and an evocative handle borne of the fabled Himmapan Forest and its enchanted realm of fantastical beings, local real estate concern Himma Prestige Living has meticulously crafted one of the few truly high-end property developments to exist in metropolitan Chiang Mai. Promising its deserving residents a “mangala” of successful social standing as well as an auspicious life in accordance with the Himmapan legend, the mixed residential project encompasses a moo baan [gated housing community] of 40-strong luxury villas and neighbouring low-rise but equally lavish resort style Himma Garden condominium complex. Based on an environmentally conscientious design concept that emphasises a congruence of nature with the adoption of superior materials and progressive technologies, the two existing condo buildings showcase a modern-contemporary style bearing simple yet inordinately elegant and warmly inviting interiors with a premium calibre of furnishings and decorative finish. Consistent with the project manifest, each of the three separate condo buildings highlights a different natural theme. The inaugural contribution, designated the Wood Building, officially opened its doors in May 2015 followed by the Stone Building in July of this year although, to date, a certain number of residential units in this second condo remain unfinished with completion expected within the coming two to three months; meanwhile the third and final structure in the architectural trilogy, the Light Building, hasn’t yet undergone construction.

Situated just off Chotana Road, the Himma Garden condos impart a profound sense of serenity and glorious isolation from the hurly-burly of downtown Chiang Mai yet offer effortless access to an assortment of everyday amenities and recreational pursuits. Barely a five minute stroll north of the property lie a small parade of mom and pop outlets among which is a 24 hour 7-Eleven whilst in the opposing direction, on the forecourt of the nearby Caltex filling (gas) station, a Mini Big C ’proximity store’ carrying a wide, varied and low-cost selection of groceries. Facing the Himma Garden enclave, on the far side of Chotana Road, is the delightful Lanna Rama IX public park with its tightly-packed gathering of stilted lakeside eateries from which to partake of freshly prepared Thai dishes while admiring the almost uninterrupted panorama of the gentle peaks and forested slopes of the looming Doi Suthep-Pui mountains. Of particular note for golfing buffs is the adjacent 33rd Military Circle-owned Lanna Sports Centre home not only to three 27-hole driving ranges but also shooting and horse-riding activities, tennis courts, an open-air swimming pool and a clubhouse restaurant serving a medley of local and European fare. Reachable in under 10 minutes on foot from Himma Garden condos is the modestly sized but colourful and lively wet market Kad Boriboon open during daylight hours and, come nightfall, succeeded by a multitude of roadside street food vendors. With the benefit of personal transport, the Khuang Sing junction which intersects with the multi-lane Super Highway is mere minutes away affording fast, direct access to CentralFestival, reputedly Northern Thailand’s largest shopping mall, by way of the mid-tier infirmaries Lanna and Theppanya Hospitals as well as the vast Tesco Lotus Kam Tiang hypermarket and attached retail plaza; a comparable distance away is Maya Lifestyle Shopping Centre, the popularly chic Nimman neighbourhood and the crossroads with Huay Kaew Road, one of the main thoroughfares in municipal Chiang Mai. Otherwise, due south a short 10 minute drive from the Himma Garden condo complex is Pratu Chang Phuak (or ’White Elephant Gate’) marking the northern edge of the 13th century ’Old City’.

Perhaps predictably so, the array of on-site services and leisure facilities at Himma Garden is first-rate. Not least given its immediacy to the Bank of Thailand Museum (Northern Region Office), stringent security measures exist in and around the development. Along with the presence of ever-watchful, round-the-clock uniformed guards at the head of the access road and stationed at the barriered entrance to each condo building, CCTV cameras are in operation throughout all common areas with keycard-controlled entry to the inside premises as well as to individual floors via the double elevator and, courtesy of a digital door lock system, to each condo unit; for added peace of mind, the juristic office located in the Wood Building is staffed daily from 8AM to 6PM. Almost unparalleled, both condos support a car parking capacity of 100% and boast, within the foyer of each, a humbly proportioned but tastefully bedecked “Himma Lounge” with a collection of comfortably plush seating arrangements. Presenting the perfect spot to unwind or, for those more energetically inclined, to experience the purpose-built jogging track, is a professionally landscaped and dutifully tended tropical garden. Amid which is the clubhouse featuring a 10.2 by 6.4m outdoor communal swimming pool with bordering sun deck and sets of cushioned rattan loungers, matching sofas and hanging egg chair in addition to a decent sized and excellently equipped fitness room, separate-sex steam and sauna rooms as well as a multi-function activity room that doubles as a yoga and dance studio; an al fresco barbeque terrace for hosting private parties and a coffee bar are also planned for residents’ enjoyment and expected by the first quarter of 2017. Complimentary WiFi is supplied in all shared areas of the complex or residents can elect to install a private home broadband connection through whichever of 3BB, Sinet or TrueOnline Internet Service Providers (though supplementary subscription charges will be incurred).

Accommodating only 53 residential units in each of the 6-storey Wood and Stone Buildings (of which just three are occupied by foreigners), every condo comes completely furnished with an attached private balcony (mostly glass-walled), fully air-conditioned, appointed to the highest specification and stunningly presented in a choice of ’Modern Lanna’, ’Zen ’ or ’Contemporary ’ interior design styles. Laid out to exploit the maximum possible amount of light and space, both Himma Garden condos offer 1 bedroom (31.33 to 51.31 sq m) and 2 bedroom (54.05 to 105.47 sq m) units with a combined living, dining and kitchen environment. All units on the fifth floors are duplex penthouse suites with 5.5m high sky light-adorned ceilings and eight specially adapted corner rooms representing the very embodiment of carefree deluxe habitation.

Do have a look at our available sales and rental units at Himma Garden condo.

Are you currently living at Himma Garden condo or have ever stayed there? If so, we’d absolutely love to hear what you think by posting a comment below!

Does Himma Garden Condominiumhave a pool?

Is the pool free at Himma Garden Condominium?

Yes, the pool is free for residence of Himma Garden condominium.

Does Himma Garden Condominiumhave a Gym?

There is a small gym for residents close to the pool at Himma Garden Condo.

Is the gym at Himma Garden Condominium free?

Yes, the gym is free for residence of Himma Garden condominium

Yes, there is 24 hour security at Himma Condominium

No, the reception at Himma Garden condominium is open in office hours only.

Officially Himma Garden condominium does not allow rentals in the condo for less than 30 days as per the government regulations.

If you walk out to the main road there are shared taxis running to the local taxi station and Grab is also relatively easy in this location but we always advise those staying at Himma Garden condominium to have their own transport.

Is Himma Garden Condominium located near shops and coffee shops?

There are several coffee shops within walking distance but again they are limited, so we would advise having your own transport if living at Himma Garden condominium.

Are there shops in the Himma Garden Condominiumbuilding?

Himma Garden condominium does not have any shops on site.

What is the closest shopping center to Himma Garden Condominium?

The closest shopping center to Himma Garden condominium is Central festival, though you will need transport to get there.

No there foreign quota is not yet full at Himma Garden condominium as this building was very popular with Thai buyers at the time.

Can I pay my electric and/or water bills to the Himma Garden Condominiummanagement office?

Yes, you can pay your electricity and water bills at the reception of the Himma Garden condominium through a small service fee for electric bills maybe charged.

Does Himma Garden Condominium have a cleaning service availble?

Is there a luandry service or coin operated washing machines available in Himma Garden Condominium?

There are no coin operated washing machines available in this building but there are laundry shops nearby.

Check out our listings at Himma Garden Condominium

Condo to rent near Golf Course at Himma Garden

Located near Lanna Golf Course, a stylish one bedroom condo at Himma…

Furnished condo to rent at The Himma : Chontana Road

A fully furnished condo to rent at The Himma (Wood)…

Perfect Homes are delighted to offer this two bedroom condo…

Located on Chotana Road near the Lanna Golf Course, a…

Smart 1 bedroom condo for sale at The Himma Prestige Living

Perfect Homes are delighted to offer this one bedroom condo…

Perfect Homes are delighted to offer this two bedroom condo…

Stylish, fully furnished one bedroom condo for sale at Himma…

Located on Chotana Road near the Lanna Golf Course, a…

Check Out this Walk Through Video For Himma Garden Condominium 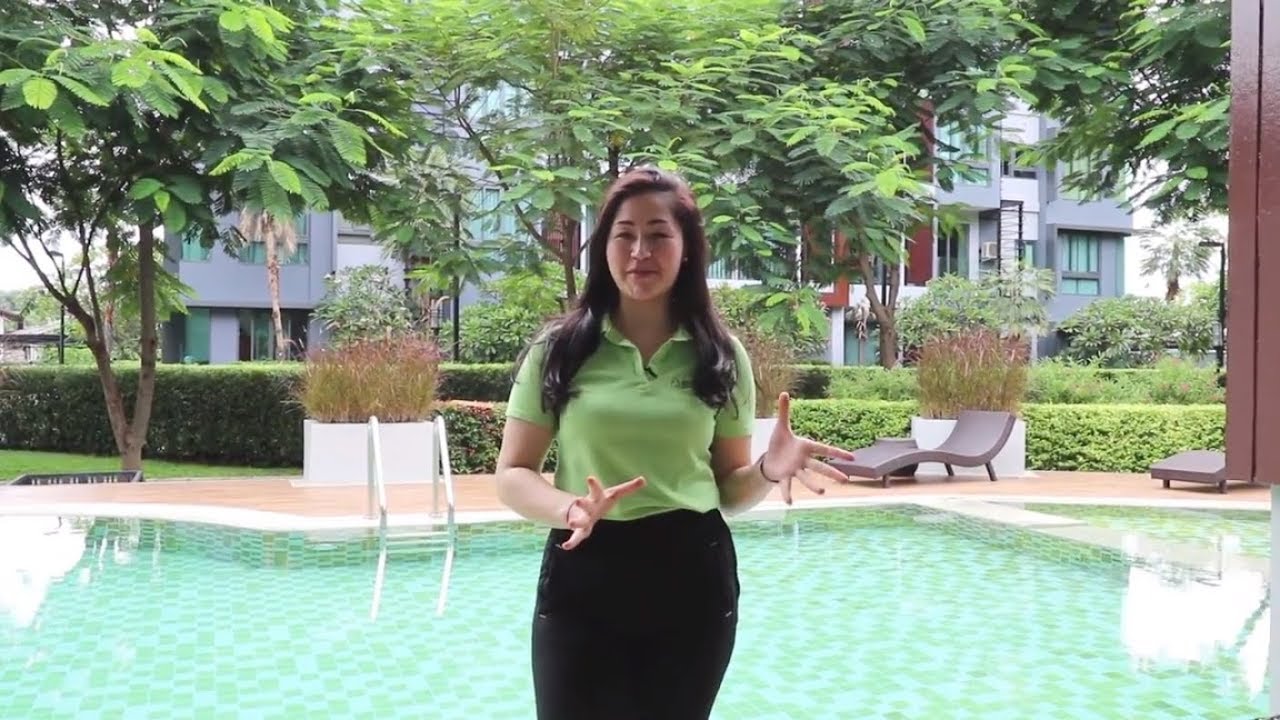 Check Out this Walk Through Video For Himma Condo Chiang Mai 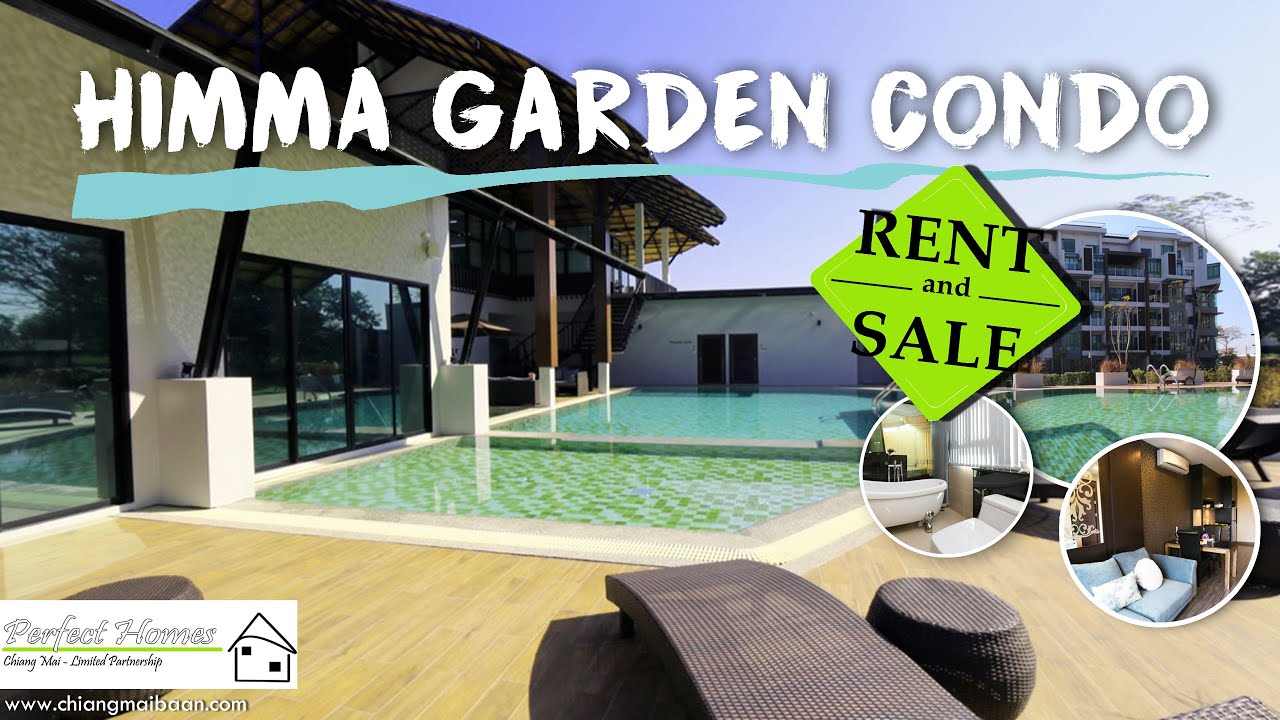 A 1-Bedroom Condo With Style at Liv@Nimman

Looking to rent a quality condominium in Chiang Mai, then perhaps this attractive one bedroom condominium is what you have been looking for? Rent 18,000 …

Liv@Nimman Ground Floor Condo Has It All!

Location says it all but then so does design and quality! A superb ground floor condominium to rent at Liv@Nimman. Rent: 18,000 THB/Month. With its …