With tight municipal planning laws governing the height of a building and space within downtown Chiang Mai at a premium, The Astra’s imposing high-rise stature situated in the very heart of the city’s principal commercial hub is a precious find indeed. Blending time-honoured Lanna [Northern Thai] architectural charm with contemporary urban and eco-conscious design influences, real estate developer Ornsirin has succeeded in establishing the only luxury condominium in Chiang Mai’s Central Business District. Stellar in both name and specification, The Astra was very recently declared the winner of the ‘Best Residential Development (Chiang Mai)’ for 2016 by the coveted Thailand Property Awards.

Favourably positioned on Chang Klan Road, The Astra is but a five minute walk from the Night Bazaar, itself a treasured institution in Chiang Mai. For a more modern shopping experience, CentralFestival, Central Airport Plaza and Promenada Resort malls are all conveniently accessible –as are various other destinations throughout the city- by boarding their respective free shuttle bus which departs several times daily from the prestigious five star Shangri-La Hotel which flanks The Astra.

Perhaps not surprisingly, in-house amenities at The Astra are outstanding. Operating round-the-clock duly attired security guards at the main entrance, CCTV video surveillance throughout all common areas of the condo as well as keycard-controlled admittance to the property from the outside and even to individual floors via the double elevators; for added reassurance, residents benefit from a juristic office which is staffed 24 hours a day, seven days a week. Generously, The Astra supports sheltered parking for more than 400 cars as well as boasting a ‘Grand lobby’ with an attractively appointed communal lounge consisting of an assemblage of 3-seater sofas, accent chairs and glass coffee tables. Complimentary WiFi internet is provided in all shared areas of the property while installation of private, high-speed fibre-optic home broadband can be arranged through either 3BB or Sinet (supplementary charges are nevertheless applicable).

Constructed on a plot of approximately 5 rai (0.8 hectares), each of The Astra’s two lofty 17-storey buildings (designated as Tower A and, directly behind which, Tower B) enjoys a variety of best-of-breed recreational facilities. On the rooftop, a fully landscaped garden complete with a profusion of greenery and brightly coloured flowers, and commanding unobstructed and sweeping 360° panoramic views over the entire city and surrounding mountain ranges. On the 16th floor, a spacious gym equipped with high-tech exercise machines and free weights; a modestly-sized outdoor infinity swimming pool with integrated jacuzzi and adjoining sun deck likewise affording spectacular bird’s-eye vistas; separate-sex steam rooms in addition to a deluxe wellness centre staffed by massage therapists from the Shangri-La Hotel’s ‘CHI, The Spa’ with discounted rates on signature treatments exclusively for residents of The Astra.

At the time of writing, only Tower B is available for habitation but Tower A condo units and Astra Suites along with a café in the ‘Grand lobby’ and, on the second floor, a second coffee shop, a meeting room, a library and a restaurant (offering Thai classical/modern fusion fine dining and serviced by Chiang Mai’s own multi-award winning RatiLanna Riverside Spa Resort) are all due for completion no later than the end of October 2016. Contrary to early reports from certain sources, though, The Astra does not feature an on-site shopping plaza with retail stores.

Fitted with a three-way digital door lock for extra peace of mind, all of the 589 units in The Astra come fully –and exquisitely- furnished and air-conditioned throughout by a combination of two or more ceiling vents and wall-mounted units. Presenting a homely feel rich in natural light by virtue of high ceilings and full-length windows, interior space is finished to the very highest standard using natural materials (such as Italian marble and native teak wood) complimented by an Earth toned colour palette and supremely refined décor.

While absent of studio rooms, The Astra offers 1-, 2- and 3-bedroom units as well as 20 1- and 2-bedroom duplex penthouse units (each with a corresponding number of bathrooms) in a range of sizes and layouts: 1-bedroom units range from 29.5 to 46.1 sq m, 2-bedroom units from 47.4 to 85 sq m, 3-bedroom units measure 96.7 sq m, and the double-storey penthouses on the 15th floor from 76.2 to 168.9 sq m; every unit has an attached private balcony, half of which face north and overlook the lush gardens of the adjacent Shangri-La Hotel. By default, sales units are not supplied with a television, fridge/freezer or microwave although such household electrical appliances can be included by the property (using a selection of quality brands such as Samsung, Smeg and Sony) for an additional outlay or may be provided independently by the owner of a particular rental unit; a washing machine is similarly lacking in a sales unit though one can also be easily organised through the property or, alternatively, residents can avail of the communal self-service laundry room. Bathrooms comprise a glass-panelled shower cubicle with an oversized rainforest shower head; toilets and ceramic basins are manufactured by upscale bathroom designer Kohler as is the bathtub present in some of the units. Living/dining/western style kitchen space is open-plan in all units and minimally contains a 2-seat or larger cushioned sofa, a dining table with 2, 4 or 6 comfortable chairs as well as a 2- or 4-plate electric hob and extractor hood with some units even including an integrated oven.

Of the 261 units in Tower B, around 100 are already in occupation with foreigners representing almost three quarters of the total compliment of current residents. Move-in ready from April 2016, The Astra has since reached roughly 30% of its 49% foreign-owned legal quota.

Are you currently living at The Astra? If so, we’d absolutely love to hear what you think by posting a comment below!

Check out all our available sales and rental units at The Astra condo.

A spacious two bedroom condo with 85 Sq.m of living…

An outstanding one bedroom, fully furnished and equipped condo to…

Immaculately presented one bedroom condo, set in the secure Astra…

Tastefully appointed one bedroom 7th floor condo to rent at…

Next to the Shangri-La Hotel, an attractively furnished, one bedroom…

Impressive 1 bedroom condo for sale at The Astra

An impressive one bedroom condo for sale at the prestigious…

Check out this VIRTUAL tour of one of condos at the Astra!

Another popular building located on Chang Klan Rd, right next to Shangri-la hotel. As it's in a good location, you can easily access to various restaurants by walking. A tourist spot like Night bazaar is just down the road. You can even enjoy your walk to the old town for a coffee and take a red car back to the condo if you want. For those who would like to stay somewhere that is lively and convenient, I recommend this build. The lobby is really nice, there is a coffee down there where you can have your afternoon tea! 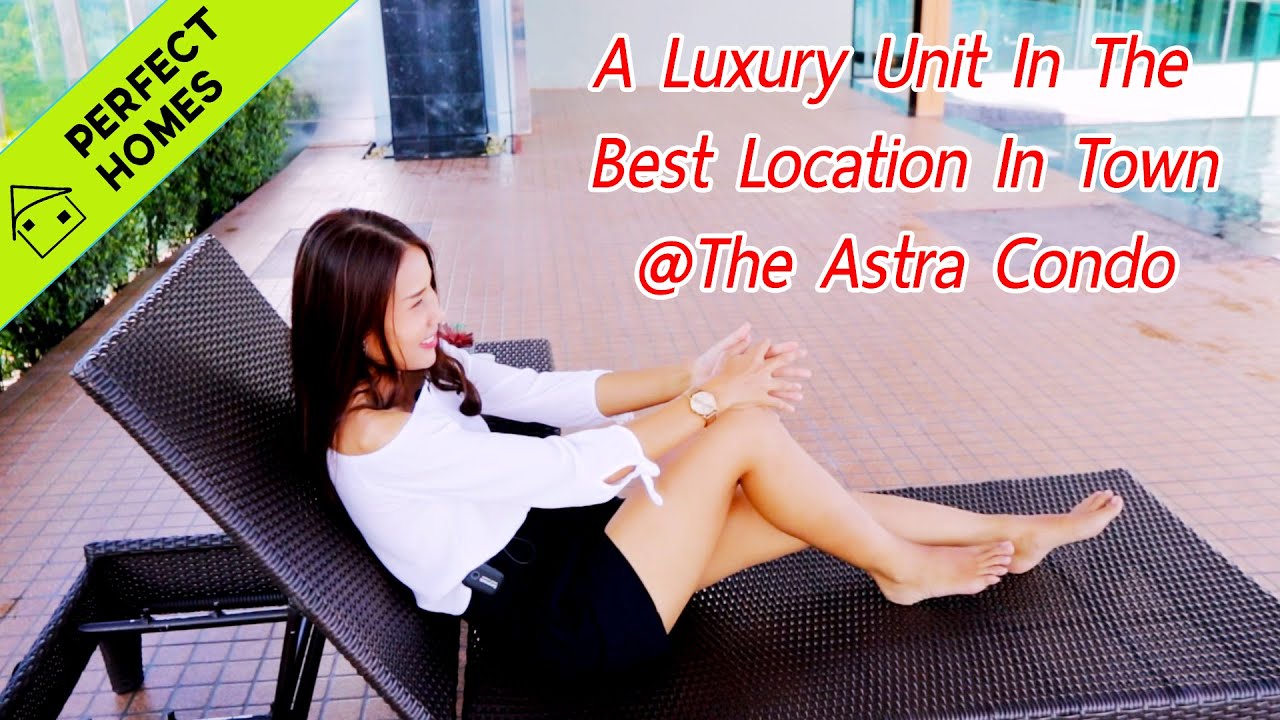 Luxury condo for sale at The Astra condo with Luna 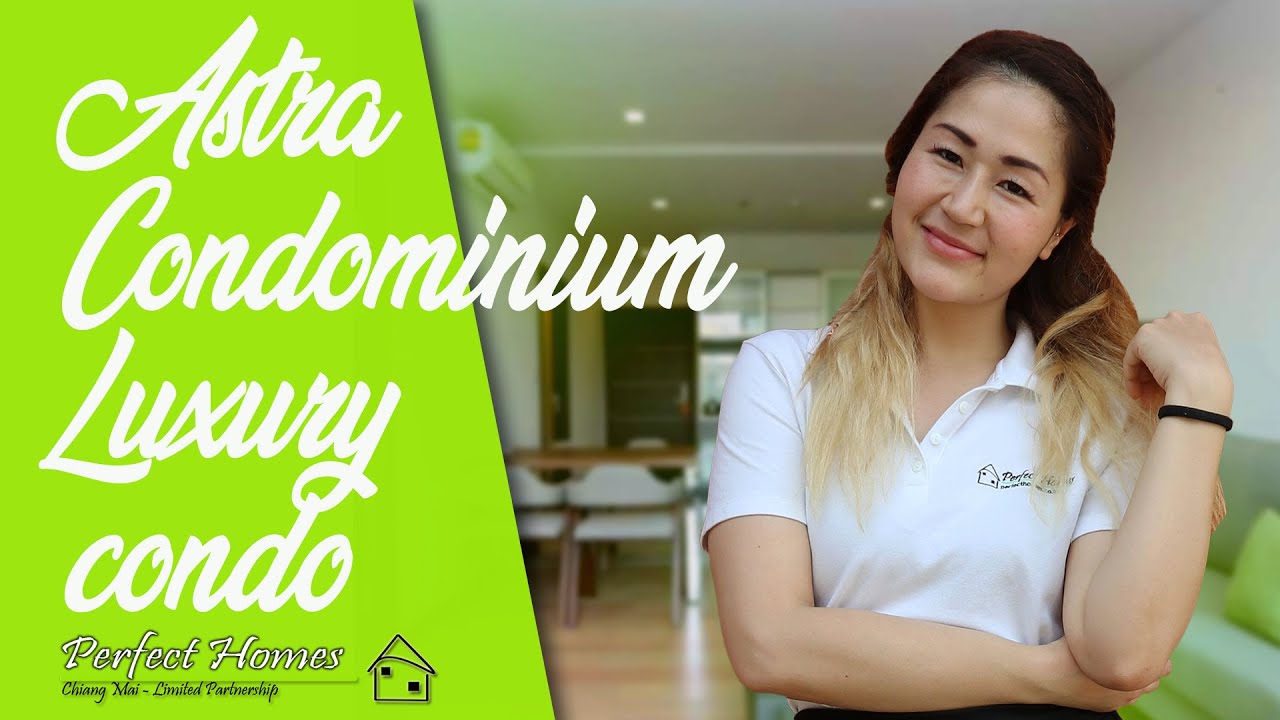 Meet Elle at The Astra Condo 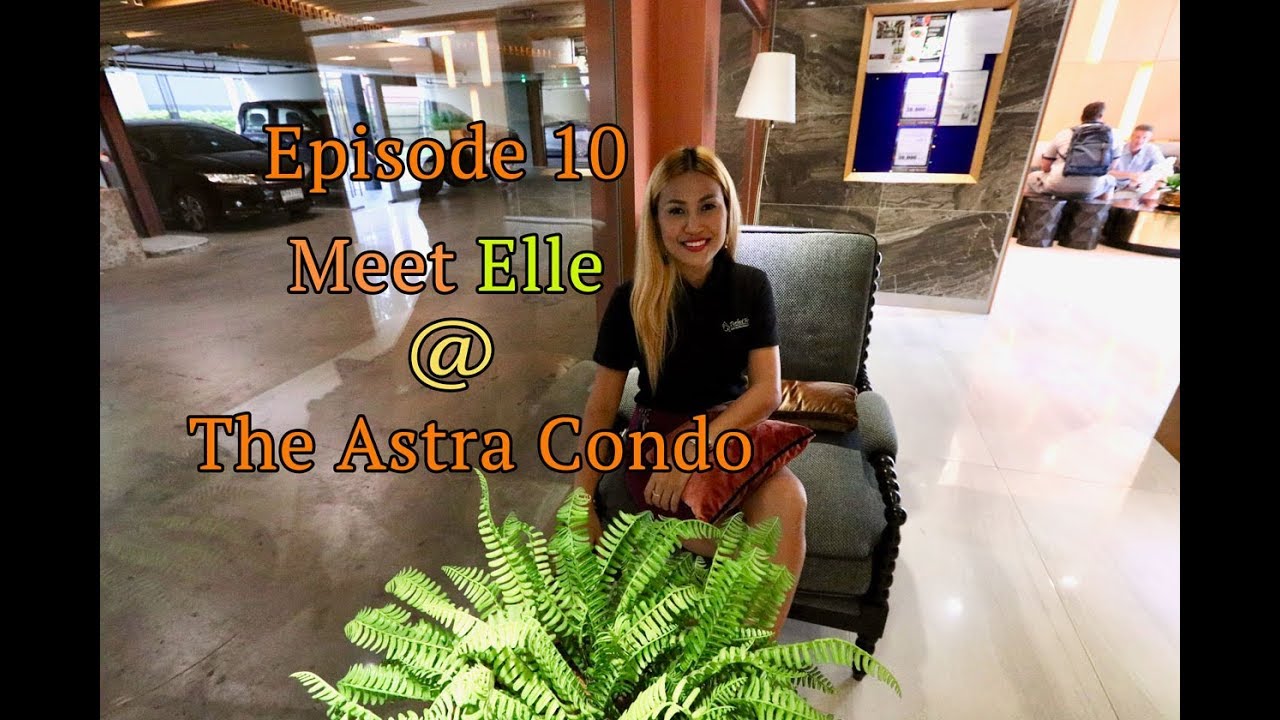 Have a look at our walk through video of one of the penthouses at the  Astra condo.

Check out the Astra Condominium's location!