How’s about a quick INTRO to Seven Stars Condo?

Back in Y2K when most folks were busy flappin’ about the Millennium Bug, the Top Most property development outfit in Chiang Mai were otherwise tied up shaping the modern architectural build of their namesake condominium.

Cut to the first half of 2015, and the place was given a serious make-over inside and out; now along with its hard-to-miss colourfully hued exterior, the condo goes by the name of Seven Stars.

Granted, the trio of six-storey condo blocks in a row ain’t exactly the ritziest hunk of real estate in town but, all things considered, Seven Stars Condo offers super value for those after a rental home or else in the market to invest.

Standin’ in the midst of the equally local and leafy neighbourhood of Jed Yod, the condo’s immediate surroundings are blissfully sleepy.

Running the length of one side of Seven Stars and onward for some 300m is Jed Yod-Yu Yen Road lined on both sides with the cheapest shophouse eats and cafés. At the end of the strip stretches Jed Yod-Chang Khian Road and a ton more honestly-priced foraging and retail opportunities; from Jed Yod Plaza with its central roofed food court and nightly gathering of street food carts to mom-and-pop restos, 24-hour minimarts (like 7-Eleven and Tesco Lotus Express), pharmacies, dental clinics, hair and beauty salons, mobile phone vendors, fruit and veg sellers, clothing/footwear merchants, general purpose stores and the list goes on!

Conveniently, the Jed Yod-Chang Khian Road actually links Canal Road and the Super Highway making for the breeziest access to the likes of Rajamangala University of Technology Lanna’s West campus, the landmark Maya mall, the perennially hip Nimman or beyond to the up-and-coming ‘burb of Santitham. All this in under a mere quarter of an hour’s leisurely stroll from Seven Stars Condo!

Dyin’ to find out about the recently added ON-SITE AMENITIES at Seven Stars Condo?

Not unusual for such a longer-in-the-tooth condo, security guards at Seven Stars hold the fort just overnight. Still, CCTV cameras are fixed at strategic points on the external walls of each condo building as well as throughout common areas inside; from where footage is beamed round the clock to the juristic office which, as it happens, is found on the first floor of building C with staff on hand from 9AM to 6PM every day of the week. Not forgetting, an electronic keycard/fingerprint recognition entry panel at the outer doors and attached to a number of the refurbed condo units, a digital lock.

Despite the fact that resident parking’s uncovered and a little tight in parts, there’s a fair share of street-level car and motorbike bays down all but one side of the condo buildings.

On the first floor of building B and tagged the ‘Meeting Room’ is a simply but sweetly appointed communal lobby. Right across the way and open 7/8AM to 9PM daily is the cool and cosy Je T’aime café for a modest menu of liquid refreshments, domestic nosh and baked treats served up with free WiFi. While along the corridor, the self-service coin laundry facility holds seven washing machines and four tumble dryers.

And though they travel only between the second and top floors, all three of Seven Stars’ condo buildings feature a single lift [elevator]. What isn’t present at Seven Stars Condo is neither a swimming pool nor a fitness room. But as luck would have it, opposite building A is Mayan Gym complete with wee sized Mayan Coffee shack.

Time to reveal the TYPES, LAYOUT & SPEC OF CONDO UNITS at Seven Stars!

Coming in at 332 units overall, individual condos at Seven Stars are essentially supplied in one of two sizes; amounting to a more or less average proportion of useable space, 30 sq m condo units are every bit studios whereas those of 60 sq m exist as studio units or, more commonly, 1 bedroom, 1 bathroom suites. Though not all condo units enjoy their own private balcony, those in building A which face west command a darn fine wide-angle view of the not-too-faraway forested mountains of Doi Suthep-Pui; to say nothing of the even more sweeping panorama from the corner units and most magnificently during sunset!

As for the interiors, Seven Stars runs the full spectrum of condo units. Several aren’t anything more than an empty shell and some are as no-frills as they come though at least entirely furnished and air-conditioned; yet others have been decently if not fabulously transformed into the likes of contemporary loft or vintage look pads showing off a perfect balance of comfort and style, altogether equipped and designed with open-plan living/dining/kitchen. Oh, plus blindingly fast fibre-optic broadband can be installed in unit through the Internet Service Provider, Sinet. 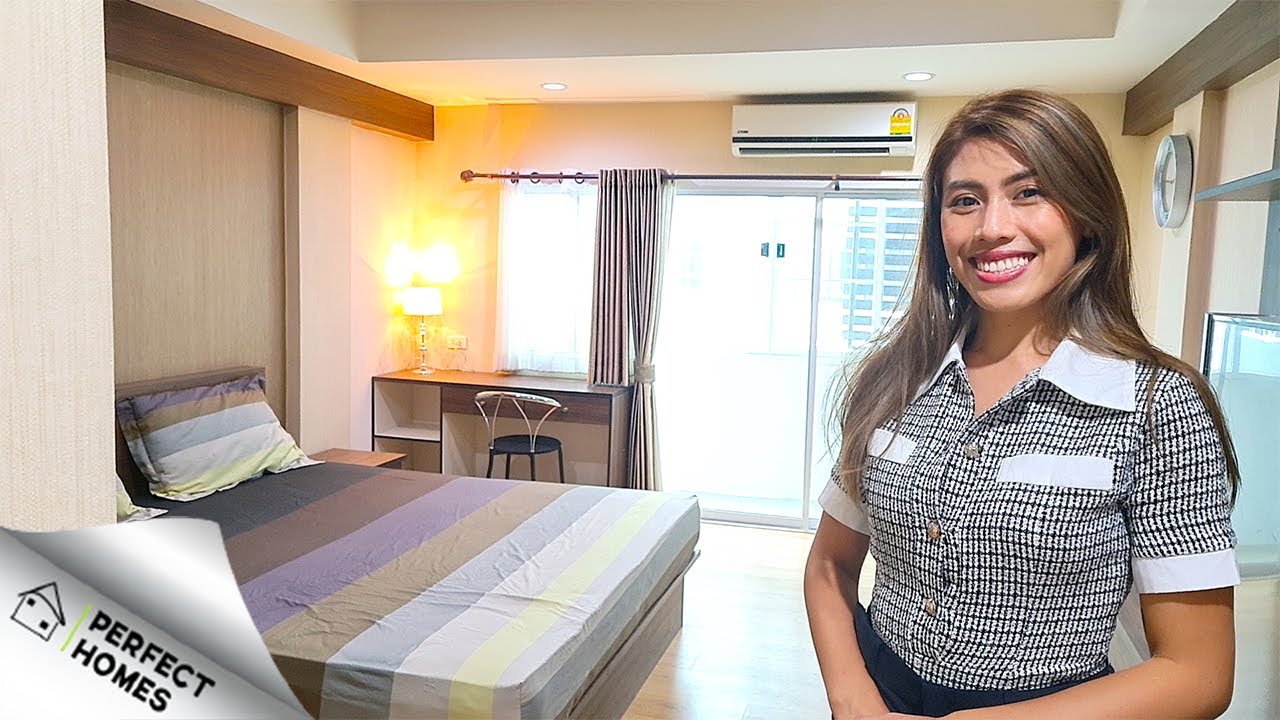 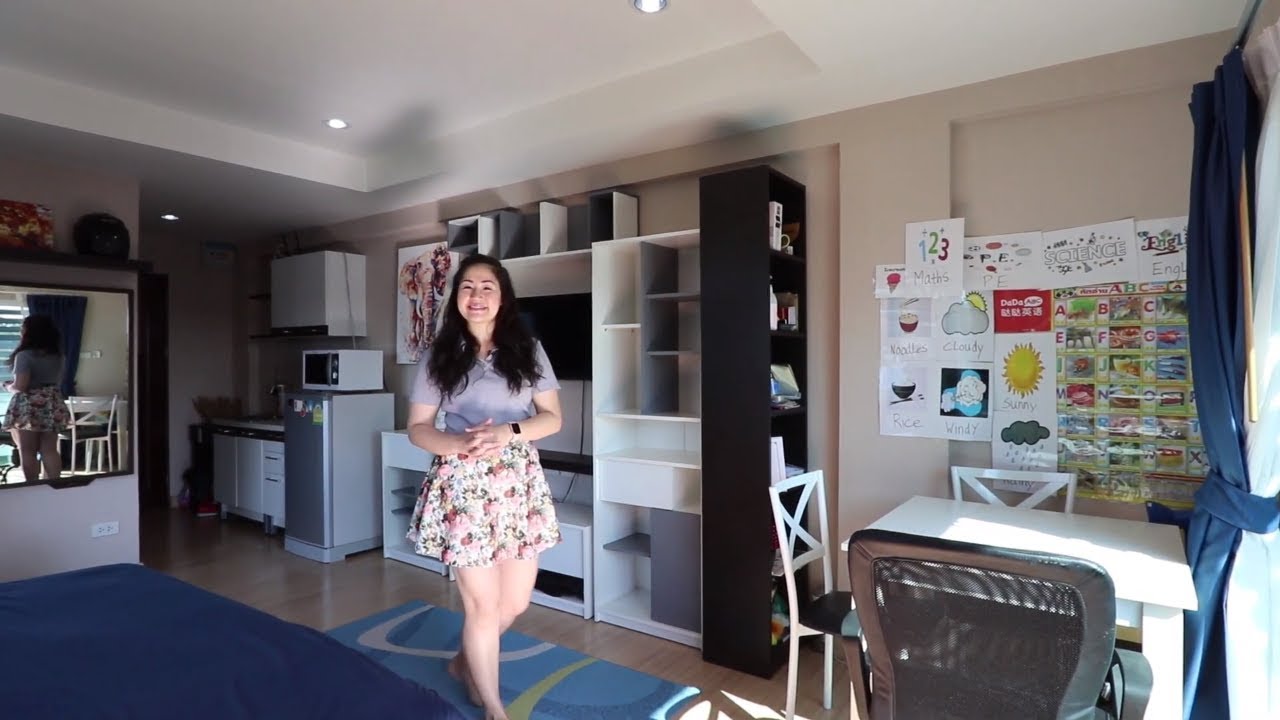 This one bedroom condominium is at the secure Punna Condominium, Nimmanhaemin, not far from Chiang Mai’s city centre. Rent: 18,000 THB/Month. A bright and airy …