Born of an earlier 40 roomed housing development which went bust part-way through the construction phase, the project with its low-rise dwellings was salvaged by being bought up before finally thrusting open its doors close to seven years ago as Na Tara Exclusive Residences. Completely one-of-a-kind and home to a markedly foreigner demographic, NaTara Chiang Mai condo portrays a modern-day architectural form and offers intimate, carefree contemporary living “for a select few” from its deluxe sanctum and, stemming from its Thai name meaning ‘at water’, unspoiled lakeside setting.

Find out about Natara’s LOCATION

Secreted away within the aging yet utterly serene ‘Chiangmai Lake Land’ village, NaTara Exclusive Residences’ splendid isolation is balanced by its position just off the central reaches of Canal Road (Klong Chonprathan) which -as the western arm of the Outer Ring Road- thereby makes travel to destinations elsewhere inside the city as well as beyond its limits an absolute breeze. Even so, there’s a convenient scatter of food and drink venues throughout the Lake Land estate in particular the endearingly titled casual eatery, Krua Ya (literally ‘Grandma’s Kitchen’) dishing up a lunch-time menu of elegantly presented, reasonably priced and flavourful Thai fare while right next door lies a truly hidden gem of a coffee shop, Asama Café; with a World Barista Championship certified judge calling the shots (no pun intended!) and “Brewed w/ Spirit”, this petite coffee bar produces its very own blends using imported beans from around the world with their heady but silky smooth ‘Gravity’ signature java a must-try. On the opposite side of Highway 121 in the shadow of the mountainous Doi Suthep-Pui National Park and long a magnet for creative sorts is the distinctively Thai and laid-back neighbourhood of Pong Noi; centred around its namesake Buddhist wat [temple] surrounded by a network of leafy sois [lanes] best explored on foot, arguably the star attraction is the quaint indie art and craft community of Baan Kang Wat with its Sunday morning organic market, artisan workshops and sunken amphitheatre regularly playing host to many a local activity and event. To get to spots further afield, residents will really need their own set of wheels (or instead avail of a transport solution such as Grab); still, the drive from Na Tara condo to the daily Kad Mae Hia fresh market and adjacent Mali Place shopping complex with its covered food court and branch of Chiang Mai’s home-grown Rimping Grocery takes just 5 minutes flat whereas that to the ever-hip Nimmanhaemin Road and nearby iconic Maya Lifestyle mall roughly twice the time, to Chiang Mai University no more than a quarter of a hour and to the ‘Old City’ a mere 20 minutes.

Although residents won’t bump into any security guards on the actual premises of Na Tara Exclusive Residences, they are stationed round-the-clock at the once-proud and classically Lanna [Northern Thai] style wooden archway that serves as the main gated entryway into Chiang Mai Lake Land. Not to mention a battery of closed-circuit TV cameras watching over the condo’s common areas accompanied by electronic keycard-controlled admittance to individual units by means of digital door locks; plus, at the front desk inside the communal lobby, the appointed juristic person is on duty Monday to Saturday from the hours of 8:30AM to 5:30PM. Beyond the small parking zone enough to hold up to 18 cars with separate bays reserved for motorbikes, the entirety of NaTara is graced with meticulously-tended gardened grounds rich in dense, luxuriant year-round tropical greenery. Besides a supply of pay-per-use washing machines at resident’s disposal, laundry and housekeeping services are optionally available for a charge. And despite the lack of a gym, the condo does lay claim to a nice, decent-sized outdoor swimming pool bound on three edges by wood-panelled decking bearing an assortment of stylish sun loungers and all-weather seating, and directly overlooking one of the picturesque landscaped ponds that make up Lake Land. Complimentary WiFi is accessible across the property or, subject to coverage and at their own expense, residents can choose to have high-speed home broadband installed courtesy of any of the city’s complement of Internet Service Providers.

What are the ROOM TYPES, LAYOUT & SPECIFICATION?

Standing as one of Chiang Mai’s smallest condominium developments, Na Tara Exclusive Residences features just 20 boutique units divided equally between two double-storey buildings (designated as Suites A and B) and which, hardly surprisingly given their location within a moo baan, more closely resemble a collection of houses. Though a few studio rooms do occur, the bulk are 1 bedroom units with either of 1 or 2 bathrooms and each boasts habitable space starting at a whopping 70 sq m to upwards of 110 sq m making them roughly two to three times larger than the city average for their type. On top of which, all come fully –and sumptuously- appointed with a premium grade of furnishings, décor and home comforts, ceiling mounted air-conditioning and enjoy either of a wide balcony (in upstairs units) or a private patio of varying proportions (in landed units).

Any hopes though as a non-Thai national to purchase a unit outright will almost certainly be dashed since, like several other condos in Chiang Mai, NaTara hit its 49% allocation of foreign ownership very soon after launching. Re-sale units from existing foreign owners do arise once in a blue moon but, in practice, units at NaTara Exclusive Residences are normally only up for grabs to those seeking to lease long-term.

Are you living at Na Tara condo right now or otherwise stayed there before? If so, we’d be most interested to get your impressions of the place so please do leave us your comments below!

Check out the available listing at Natara Condo!

Located on the ground floor of this exclusive development with…

Check out this ground floor 110 sq meter condo with…

RENTED UNTIL: 31 December 2021. A stylishly presented one bedroom apartment…

High end Natara Condominium. The interior of the condo is…

Does Na Tara Exclusive Residences have a pool?

Na tara has a lovely pool looking out over the water, though it is not huge it is more than enough to cool off in the summer heat.

Is the pool free at Na Tara Exclusive Residences?

Yes the pool at Na Natara is free to use for residence.

Does Na Tara Exclusive Residences have a Gym?

The is not gym at Na Tara, though Speed Gym is only a few kilometers away.

There is no security but the live in cleaner and gardener is also help to watch the building and facility.

The reception at Na tara operates in standard office hours.

Officially Na tara Condominium does not allow rentals in the condo for less than 30 days as per the government regulations.

You have to walk around 1 km to the road to pick up a limited supply of red taxis back to Nimman area, or use Grab to get about from here. So most staying at Na tara will have their own transport.

There are several coffee shops in the same gated community as Na tara, but the majority are accessible by car or motorbike.

Are there shops in the Na Tara Exclusive Residencesbuilding?

No, there are no shops of any description located in Na Tara condo.

Does Na Tara Exclusive Residences have lots of parking?

Yes, there is genearlly more than enough parking at Na tara.

What is the closest shopping center to Na Tara Exclusive Residences?

Maya is closest shopping center to Natara, but you will need transport to get there as it is around 5 km away.

The Common area fees are 50Baht per sq.m

Yes, the foreign quota is full at Na tara condo, and is likely to remain so for the foreseeable future.

There are no additional facilities at Na Tara.

Can I pay my electric and/or water bills to the Na Tara Exclusive Residences management office?

Yes, you can pay your utility bills at the reception of Na tara condo for a small service fee.

Does Na Tara Exclusive Residences have a cleaning service availble?

There is coin machine available in this building.

Is there a luandry service or coin operated washing machines available in Na Tara Exclusive Residences?

No, there is currently no laundry service at Natara condominium.

Na tara does not allowed pets.

Have you seen this walk through video of Natara? 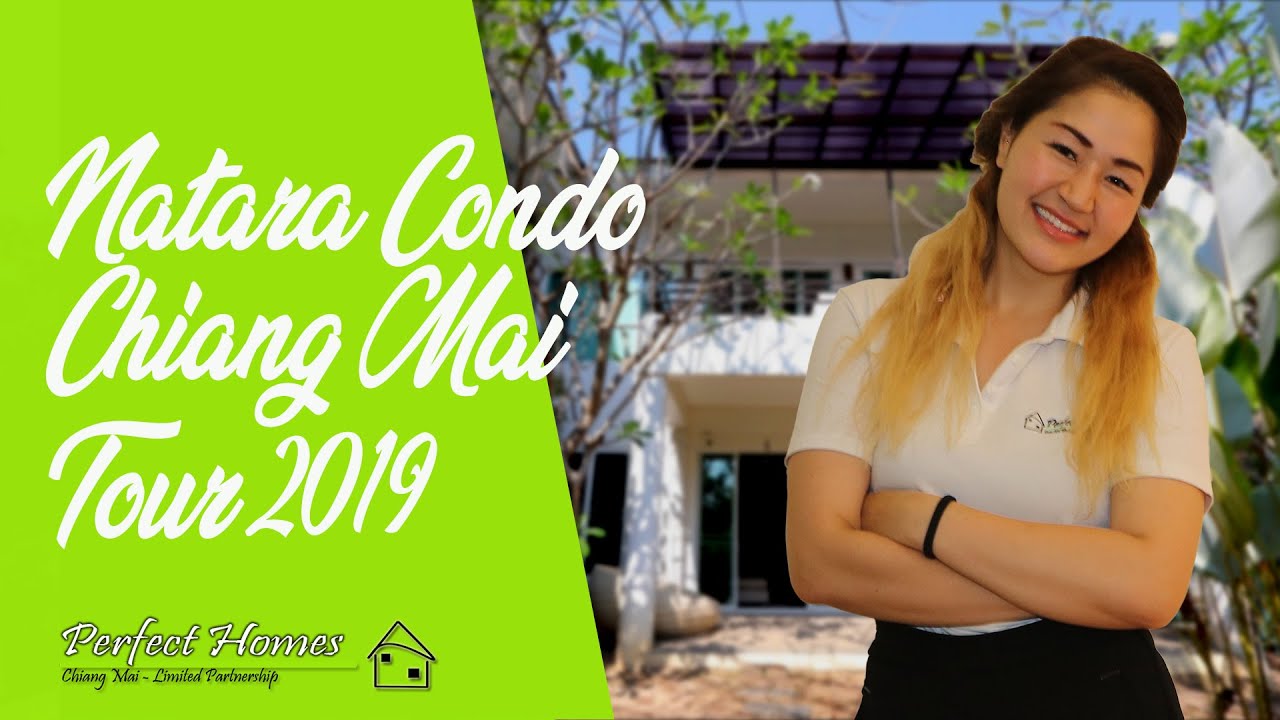