The Resort Condominium befits a name like the Quality Condominium Company; it shouldn’t come as any surprise to learn that the real estate portfolio of this local property concern has consistently showcased among the highest calibre of residential developments anywhere in Chiang Mai. Debuting with The Convention condo, followed by Mountain Front condo and, geographically adjacent to which, Mountain View condo, the developer raised the bar further with its fourth habitable construction, The Resort condo. Move-in ready from January 2013 and, in the same year, scooping the accolade for ‘Best Residential Development (Chiang Mai)’ at the prestigious Thailand Property Awards, The Resort condo to this day epitomises high-end, carefree living amid an air of inimitability and, for its predominantly foreigner inhabitants, serves as an insulating retreat from the city’s urban commotions.

Situated on –but set back from- the scarcely trafficked Rural Road on the outskirts of the city and directly opposing the Chiang Mai International Exhibition and Convention Centre, The Resort condo lies almost within striking distance of the forested terrain of the magnificent Doi Suthep-Pui National Park providing a readily accessible gateway to the mountains for those who enjoy hiking or trail riding in particular. Blissfully secluded and a tranquil idyll it may be, but the property is strategically positioned within convenient reach of Canal (Irrigation) Road and thus affords easy and fast access to the likes of the wildly popular Nimman neighbourhood in barely more than five minutes, the ever-enchanting ‘Old City’ in only double the time, Northern Thailand’s largest shopping mall, CentralFestival in less than 15 minutes and even Chiang Mai International Airport in under half an hour. Those keen to indulge in freshly baked artisan bread or other home-made delectable and wholesome edibles can head to the nearby community moo Baan [Thai style housing estate] of Suan Pailom (meaning Bamboo Garden in the Thai language) where, every Saturday morning, the fabulous ‘Jungle Market’ organised by Chiang Mai’s native Nana Bakery is held amid the rural setting of the residential compound; on return, savour an assortment of local dishes or a hot beverage at any of the several mom and pop eateries and cafés that line the Rural Road or, for an infinitely greater selection of Thai restaurants and minimarts, along the length of highway 1366 which runs to Chotana Road. Sporting enthusiasts will delight in knowing that the municipal 700th Anniversary Stadium is located a mere 30-minute stroll (or five-minute drive) from The Resort condo; created to host the 1995 Southeast Asian Games and likewise to commemorate seven centuries since Chiang Mai’s founding, the multi-purpose complex (behind which is the picturesque Navamin reservoir) is home to an Olympic sized swimming pool, a couple of gymnasia, ice skating shows, drag racing, ping pong tables, golfing green, a shooting range, aerobic dance and taekwondo classes, a running track, a football field, a velodrome for bicycle racing as well as tennis, volleyball, badminton and basketball courts.

Located at the head of the double-barrier accessway that leads to the condo premises is a security hut attended round-the-clock in addition to the presence of closed-circuit video cameras which continually surveil all communal areas of the property with keycard-restricted entry to the main building; for extra peace of mind, the resident juristic person is on duty between the hours of 8:30 AM and 5:30 PM Monday to Saturday. Forward of the reception desk is the comfortably furnished, tastefully adorned and radiantly bright lobby, off which are the double lifts (elevators). Outside, a generous capacity of on-site car parking spaces (covered for the most part) enough for at least one vehicle per unit are distributed around the periphery of the ground floor with designated sections for both motorcycles and push bikes. WiFi is supplied without charge throughout shared areas of the property, and residents can –albeit at their own expense- optionally choose to have private home broadband installed courtesy of either 3BB or Sinet Internet Service Providers.

Occupying more than four rai (almost two-thirds of a hectare) of land, The Resort condo boasts some of its class’s very best leisure facilities. Professionally landscaped, attentively manicured and spiritually uplifting, the extensive and beautiful gardened grounds are rich in tropical flora, attracting a wide variety of bird and butterfly species with a scattering of weathered timber seating and a wooden Lanna [Northern Thai] style pavilion from which to disconnect entirely from the world. Fringing the green space is a centrepiece outdoor saltwater swimming pool –seldom seen in Chiang Mai condos- encircled by a liberal gathering of cushioned rattan chairs, glass tables and padded sun loungers, while just beyond the water’s edge are a considerably proportioned and excellently equipped fitness room and separate sauna.

Without exception, every one of the 74 residential units spanning floors two through to seven of the 7-storey single-loaded corridor condominium building comes air-conditioned and commands uncompromising views of the Thanon Thong Chai mountain range the west from the attached private glass-walled terrace. With interior design and specification carried out by Chiang Mai’s very own Srima Furniture, nearly all units are presented fully furnished and chicly appointed using quality fixtures, fittings and materials as standard.

Built to be “super-wide” with 8.5m and upwards front-facing windows and a ceiling height of 3m, even the smallest unit at The Resort condo weighs in at 69.02 sq m for a bedroom and one bathroom unit. In contrast, three-bedroom, three-bathroom units offer a spacious 215.75 sq m of unadulterated luxury. With each unit arranged as an open-plan living/dining/kitchen environment for optimal use of space, bedrooms feature a double walk-in wardrobe (closet). At the same time, bathrooms measure a spacious 3.25 x 4m and encompass a tub and a separate tub cubicle with an outsized rainforest showerhead.

Feel free to browse our available sales and rental units at The Resort condo.

Are you currently living at The Resort condo, or have you ever stayed there? If so, we’d love to know what you think by leaving us a comment below!

Check out our listings at The Resort Condo

1 bedroom condo to rent at The Resort Condominium

Excellent 1 bed condo for sale at The Resort Condominium

Does the view get much better than this? : Resort Condo

Rent a luxury 1 bed condo at The Resort Condominium

Luxury 2 bedroom for rent at The Resort condo with Luna 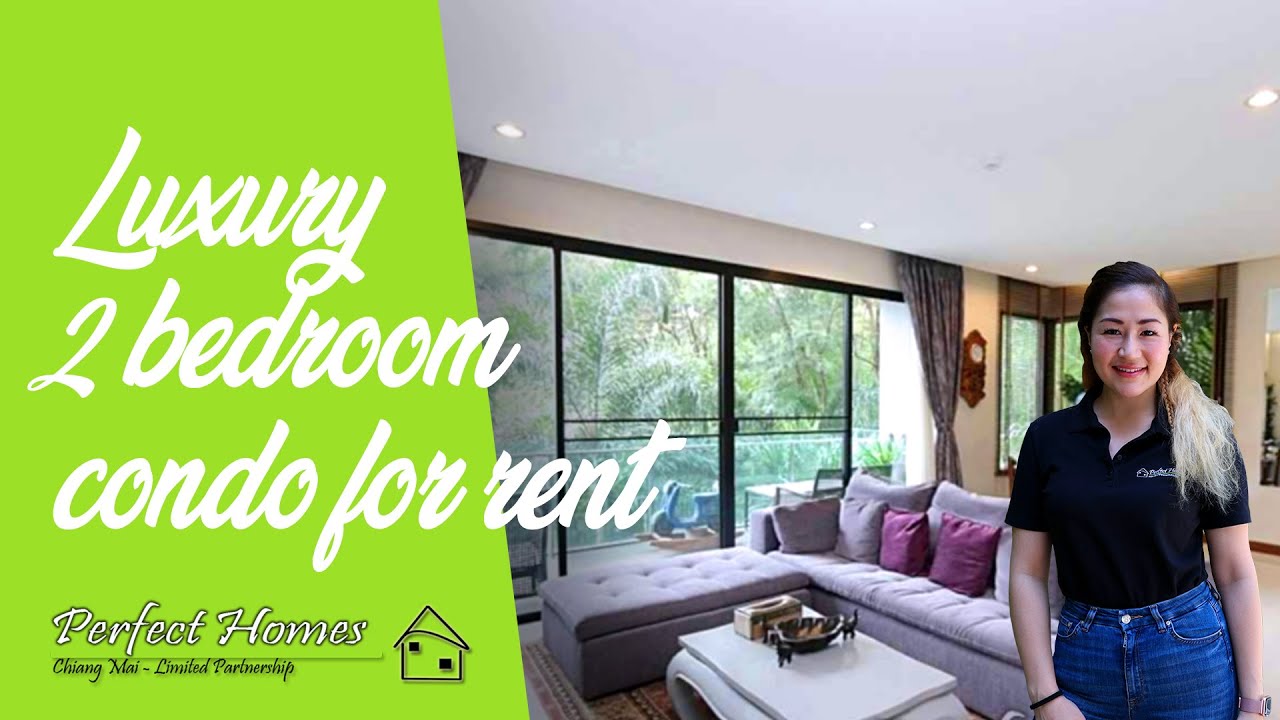 Resort Condo for sale - by Amy from Perfect Homes! 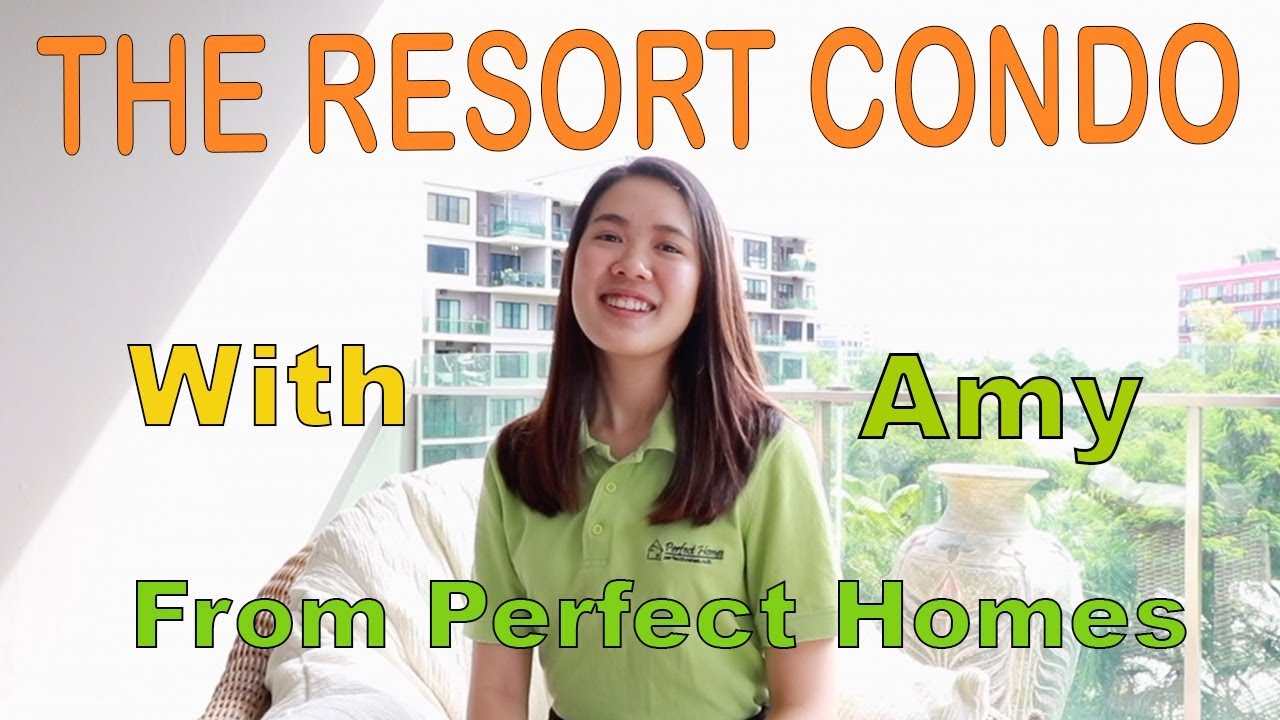 Check out Elle at Resort Condo as she shows you around!

Check out this walkthrough video on this Resort Condo for sale!