DESIGN & DEVELOPMENT that lives up to the company name!

Counting four such projects, the local award-winning Quality Condominium Company has been setting the benchmark for residential greatness in Chiang Mai since 2007.

Predating its kindred condominiums of Mountain Front, Mountain View, and The Resort but conveying no less an air of prestige, The Convention Condo (or CoCo for short) constitutes a time-tested modern style build; and for optimal heat reflection, simply but eye-catchingly exteriored with sky blue tinted windows to the condo units against a pure white facade.

And which together with its good bone structure plus masterful premises management and maintenance, the property has lost next to none of the sparkle or condition as the day it opened a few months shy of a decade ago!

Put up on exactly two rai of land and spottable from a mile off, the dozen-storey Convention Condo lords over its low-level surroundings. Although sitting just beyond the north-western limits of the city, its whereabouts along the upper stretch of Canal Road makes for the easiest of access to more fast-paced destinations in the capital as well as the wilds of neighbouring Mae Rim district!

At the one kilometre mark, the closest of the big attractions to the condo is the Chiang Mai International Exhibition and Convention Centre; gorgeously graced with Lanna [Northern Thai] art and architecture, the colossally scaled CMECC’s the venue for regular expos and tradeshows. For no end of sporting action, not quite a five minute spin further north lies the 700th Anniversary Stadium featuring an Olympic pool, duo of gymnasiums, shooting range, golfing green, athletics track, football [soccer] pitch, bike racing velodrome, aerobic dance and taekwondo clubs, ping pong tables and badminton, basketball, tennis and volleyball courts! Onward again in the same time for those with an interest in heavenly bodies is the Astro Park which runs free-to-attend star, moon and planet gazing dos at their observatory every Saturday night. Journeying a comparable distance in the same direction leads to the turn-off for Huey Tueng Tao reservoir; an absolutely idyllic week day escape, snap selfies with the ever growing menagerie of straw-made giant animals, take time out on one of the lakefront bamboo cabanas beholding the properly picturesque naturescape or venture among forested hiking trails in the hills of the adjoining Doi Suthep-Pui National Park!

Or else travel down the southbound carriageway of Highway 121 from The Convention Condo for precisely 1.7km to arrive at the junction with Huay Kaew Road. Home to Malin Plaza’s The Chiang Mai Complex with its multiple food stands serving up lip-smacking and super value Thai, western, Japanese and Korean nibbles. Not to mention housing the marvellously atmospheric evening pop-up market of Kad Na Mor, well trodden by image-conscious Thai teenagers for its bargain basement wearables and accessories. Only the shortest walk away is the main gate of Chiang Mai University; covering almost three square kilometres, the semi-wooded campus harbours a riot of student-priced canteens, bakeries and coffee shops, a post office, branches of the major Thai banks, and a public library. No less convenient from Phucome intersection are the popular Maya and One Nimman lifestyle malls of the Nimmanhaemin area; Chiang Mai’s most fashionable dining, retail and entertainment strip with its horde of ritzy bars, quirky cafés, cosmopolitan restaurants and indie boutiques!

In addition to supporting enough and some car parking bays outdoors (canopied in part) and underground, occupants at The Convention Condo can take comfort in the knowledge that communal zones are under security guard and CCTV surveillance 24 hours of every day; what’s more, entry to the building’s outer and inner doors are locked down to those with a personally issued electronic keycard.

Once inside, folks are greeted with a spaciously proportioned, light-bathed and smartly decked out lobby set up with no-charge WiFi; sharing the foyer is a juristic office worked between 8:30AM and 5:30PM Monday to Saturday.

While on the second floor, reached by hopping the lift [elevator] or climbing the stairs, are a small but fully kitted fitness room, separate sauna facility and an open-air swimming pool perfectly shaped for pulling off laps!

Try these ‘extra-wide’ CONDO UNITS on for size!

Ranging from a 40 square metre studio pad all the way up to a 213 square metre 4 bed, 3 bath penthouse suite, The Convention Condo’s 79 units are generally supplied furnished and air-conditioned as a whole, and equippable with blazingly quick fibre-optic broadband internet from Sinet. Enjoying either of single or dual private balconies, inhabitants staying in west-looking rooms wake up to an uninterrupted mountain panorama that’s even more stunning at sundown!

Are you staying at Convention Condo or have you ever stayed there? We would love to hear your comments below.

A 7th-floor condominium in sought after Convention Centre Condo for…

A delightful, fully furnished one bedroom condo with mountain views…

An amazing 192.43 square metres of living space in this… 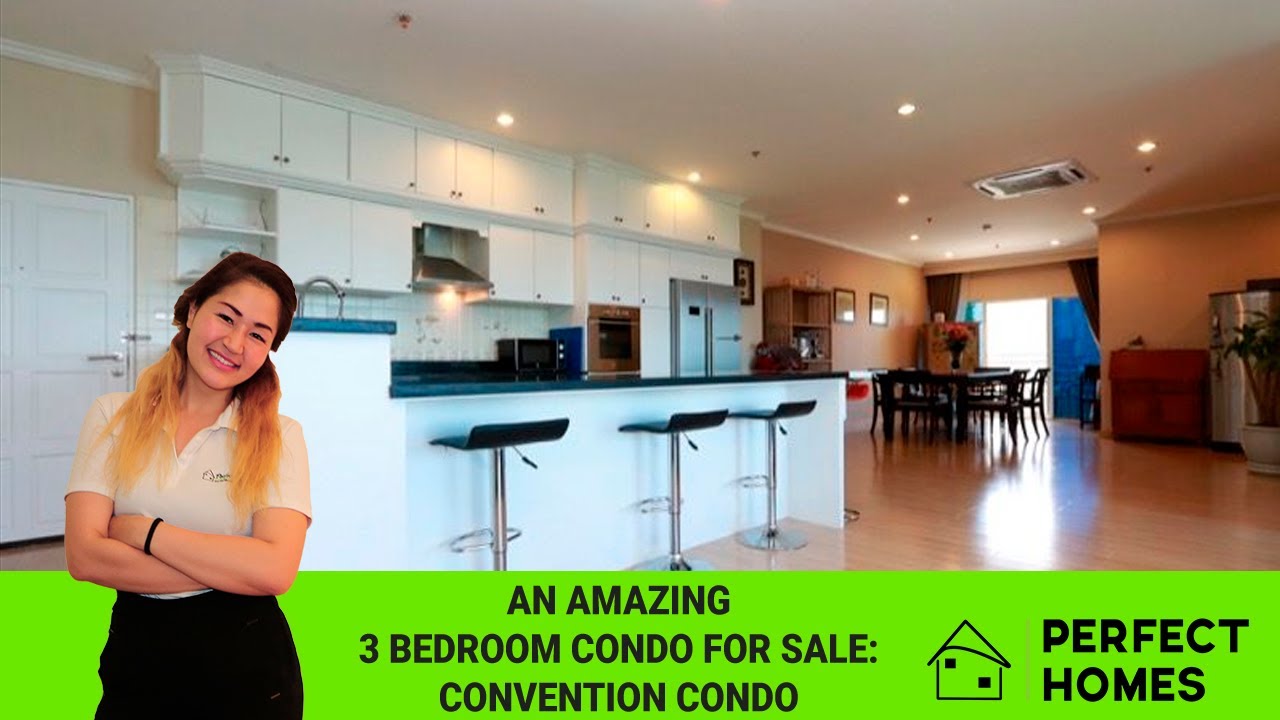