Guess who is behind the DESIGN & DEVELOPMENT?

Almost three and a half decades in the business; just shy of 300 residential properties nationwide under their belt (plus a few beyond these shores) with builds catering to the tastes and preferences of foreign customers; winner of multiple major accolades including the exalted Commendation of Excellence award by Asia Pacific Commercial Real Estate; oh, and listed on the Stock Exchange of Thailand. It’s little wonder that Sansiri is such a familiar, respected and trusted name throughout the Kingdom.

In the last handful of years alone, the Land of Smiles’ ruling real estate brand launched as many condominiums in Chiang Mai and in the midst, their premier and simply stunning single-detached house project, Setthasiri San Sai. With the final phase of construction sewn up in 2015, the moo baan strikes a flawless balance between expressions of wistful Northern Thai architecture and elements of upscale modernity according the height of exclusive, untroubled country living.

Check out the LOCATION!

Lying inside the Nong Chom area of its namesake district, Setthasiri Sansai is spread over 53 rai (nearly 8.5 hectares) of land through which the “calming flow” of the picturesque Mae Khao stream winds its way and vantage points aplenty lend fine views towards Chiang Mai’s mountainous Doi Suthep-Pui National Park. So while the moo baan affords a supremely serene sanctum and a deliciously far-flung feel, its whereabouts on the Chiang Mai-Phrao Road means accessing the city is an absolute cinch.

Literally a two minute straight run (or no more than 20 as a pedestrian) from the gated development are a heap of retail and foraging options where even the most cultured of residents would want for precious little. Kicking off with a string of assorted mom-and-pop shophouses dispensing cooked-to-order local eats and, bearing rock-bottom price tags, wearables and virtually every kind of household product known to man! Not to mention standing shoulder to shoulder with Kad Ruamchok wet market and its irresistibly fresh goods. Right alongside and opened not six months ago, there’s Ruamchok Mallcomprising its very own supermarket and in-house café. In front, the spacious International Food Court by Alpina serving up not just a broad array of domestic as well as cosmopolitan flavours, but grown-up beverages from its corner bar. Next door again, the still lightly patronised Meechok Plaza starring a branch of Chiang Mai’s indigenous and premium food store, Rimping, several pan-Asian bistros and, gathering two evenings a week, a throng of street food vendors. And as if all that wasn’t enough, directly opposite the shopping precinct is the mighty Tesco Lotus Ruamchoke hypermarket carrying no end of budget-friendly everyday groceries and homewares.

To venture into town, not three minutes further down Highway 1001 is Mae Jo Junction which connects with the Super Highway. From the intersection, it’s 60 seconds to the largest mall in the region, CentralFestival, and continuing onward for a couple more minutes for access to the Chiang Mai Business Park; or, skirting the ‘Old City’, five minutes to reach Maya Lifestyle Shopping Centre and the Nimmanhaemin neighbourhood – no matter which destination, the drive there from Baan Setthasiri San Sai takes 10 to 15 minutes tops!

Want to know about the ON-SITE FACILITIES?

Residents at Setthasiri San Sai can breathe easy, safe in the knowledge that their wellbeing is universally assured. Namely, the provision of fittingly attired security guards watching hawk-like 24/7 at the bell-towered main gate, backed by CCTV surveillance cameras and electronic keycard-controlled entry to the estate.

Whether to wallow in some well-deserved downtime or pull off a pulse-pounding workout, Setthasiri Sansai plays host to a mélange of resort-style recreational amenities. Conveniently set in the heart of the moo baan and not short on wow factor is the substantially scaled, integrated clubhouse. Featuring drop-dead gorgeous contemporary Lanna structural formations and ornamental flourishes, the semi-outdoor, lofty ceilinged and comfily appointed communal lounge also comes complete with complimentary shared WiFi internet. No less meritorious and mere steps away, the positively ravishing and perpetually glistening open-air saltwater swimming pool; to say nothing of the poolside gym kitted out with up-to-the-minute fitness and exercise apparatus, and the painstakingly-kept sweeping community garden park. By day, the scene is awash with vivid greens and colourful, perfumed tropical flora yet through the skilful application and placement of lighting, ever more radiant after dark.

Numbering 160 2-storey family size housing units, each of the four types of residence at Setthasiri San Sai are exquisitely engineered, individually styled and named after the various natural environments that touch the moo baan:

Occupying its own private plot of between 55 and 125 square wah (220 to 500 square metres), every home boasts a stone patio out front and sheltered parking for two cars on the ground floor and, upstairs, an amply proportioned terrace. Laid out with incorporated living/dining quarters and separate fully fitted western kitchen, villas are supplied entirely furnished as standard and no room in the house is without air-conditioning. Interiors are indulgently presented resonating the spirit of vintage Chiang Mai at the same time functionally equipped with present-day fixtures.

Are you currently residing at Setthasiri San Sai or else lived there once upon a time? Whichever the case, we’d absolutely love to hear what you think about the moo baan so feel free to add your comments below! 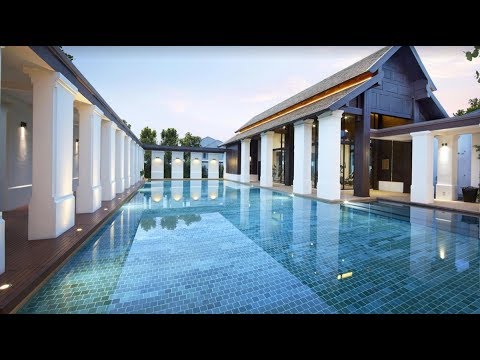 Looking for a condo with that little bit extra? If so, then check out this exceptionally well furnished one bedroom condo at Dcondo NIM that …

Spacious 1 bed condo to rent at The Treasure

An attractive, fully furnished and equipped one bedroom condo to rent at the popular Hillside 4 Condominium on Huay Kaew Road near Nimmanhaemin Road . …