Originally called Mengrai Tower in honour of the first monarch of the Lanna Kingdom and founding father of Northern Thailand’s ‘New City’ [Chiang Mai] in 1296, the condominium’s name was later changed to Galae Thong after the ornate V-shaped finials (kalae) that embellish the apices of the multi-roofed high-rise.

Now in its 29th year, the landmark Galare Thong Tower has in the past had its fill of administrative misfortunes. Even today, it gives away its age at times but at the hands of the resident-geared juristic management, staff and condo board, Galae Thong is now well run and maintained with an eclectic and roughly equal demographic of foreign and domestic long-termers of all ages and from all walks of life, a neighbourly community vibe not to mention supporting a healthy supply of high quality remodelled units. It’s no wonder then that Galae Thong Tower stands as one of Chiang Mai’s most favoured condos!

Do you know the location??

Glaringly noticeable from the main drag, the strapping structure of Galare Thong Tower lies quietly tucked away down a dead-end soi [side street] off Chang Khlan Road.

In little more than a five minute walk from the condo is the Mengrai Bridge over the emerald banks of the gently winding Ping River. Upon crossing, one of the city’s top hospitals, the privately funded Ratchavej Hospital and opposite which the Holiday Inn serving as the convenient jumping-on point for complimentary daily shuttle buses to each of CentralFestival and Central Airport Plaza shopping malls.

Slightly more of a trek but still walkable from Galae Thong in under half an hour is Chang Khlan’s multi-ethnic beating commercial heart. Kicking off with Halal Street’s Islamic eateries as well as the widely unheard of Friday morning market, Kad Ban Ho where Chiang Mai’s Chin Haw [Chinese Muslims] and Tai Yai [Burmese Shan] congregate to peddle their own unique fresh produce like black sticky rice doughnuts, purple-skinned chickens, solar-dried beef plus a bumper variety of out of the ordinary herbs and vegetables. Neighbouring and a million times more famous is the city’s longest established after-dark dining, drinking and entertainment destination, the Night Bazaar home not least to the Kalare food court and Anusarn Market’s ‘Walking Street’.

No different to many other Chiang Mai condos, bottled drinking water can be home delivered to Galare Thong Tower or, more financially economical, residents can make use of the coin-operated water vending dispenser outside. Between it and the main entrance of the property are a couple of do-it-yourself washing machines or else occupants can pay extra and plump for the in-house next-day laundry service. Extending down two sides of the building are covered bays enough to accommodate dozens of motorbikes while along the roadside edge of the condo, understorey spaces for 15 cars with additional unsheltered parking at the back and in the adjoining overflow lot.

Despite the nonexistence of a barriered gate, uniformed guards and an electronic keycard system, security cameras surveil every inch of the common areas and Galae Thong’s reception desk is actually crewed 24 hours a day, 7 days a week. Right beside, a corner minimart with cold drinks and snacks. Ahead are the twin passenger lifts [elevators] and, occupying the lion’s share of the ground level lobby, the good sized Galae Thong Bistro dispensing a respectable and reasonably priced pick of Thai and western dishes for breakfast, lunch or dinner and even provides room service!

Shared WiFi hotspots are spread throughout the building with packages from 24 hours to 6 months and monthly rates of 350 to 399 baht (depending on however many devices residents care to use). That being said, the story goes that the condo’s wireless network’s neither fast nor especially reliable hence the alternative option for residents to order a secure, stable, high-speed fibre-optic broadband connection (starting from just 450 baht a month exclusive of 7% VAT) from the Internet Service Provider, Sinet.

Though there are no leisure amenities to speak of at Galare Thong Tower, condo occupants are allowed to use the outdoor swimming pool at the next-door Wiang Chang Klan boutique hotel for a nominal fee. Or, not more than a 10 minute mosey door-to-door from the condo, luxuriate in the pool and fitness centre at the five-star Rati Lanna Riverside Spa Resort. Until very recently, Galae Thong condo did rent out bicycles but sadly no more.

Just how unique are the rooms and their layouts?

Containing a sum total of 248 condo units set on open walkways surrounding a central naturally aired atrium, west-facing rooms on the higher of Galae Thong Tower’s 15 floors command out of this world 180 degree vistas overlooking the Chiang Mai skyline with the forested mountain of Doi Suthep in the background.

As is characteristic in the more grown-up of the city’s condominiums, all the unit types at Galare Thong are proportionately larger than average and every room bears an attached private balcony with end units laying claim to a sizeable semi-circular terrace. Studio units span 35 to 45 sq m though most amount to 40 sq m; with some duplex penthouse suites and even a few loft style triplex units, 1 and 2 bed rooms and the odd 3 bedroom unit range from an even bulkier 60 sq m to a profoundly beefy 186 sq m with most offering 90 sq m or thereabouts of useable space.

Incorporating a whole gamut of interiors from the earliest, rudimentarily appointed rooms to a multitude of units which have since been completely reconditionedcoming entirely furnished, fully equipped and air-conditioned with smart décor and modern comforts; as would be expected, the quality, style and degree of outfitting of each unit is decided solely the individual owner.

Interested buyers should be aware, mind, that soon after being rechristened Galae Thong Tower, the condo’s 49% foreign-owned quota maxed out; all the same, small numbers of re-sale units within the non-Thai allowance do surface from time to time. Folks looking instead to lease (or let out) a unit at Galare Thong ought to know that under the condo’s current bylaws, stays of anything less than 30 days are officially a no go and a blanket clampdown on such is already in force.

Whilst you’re here, why not take a peek at our available re-sale and rental units at Galare Thong condo.

Do you presently reside at Galare Thong Tower or lived there before? If so, we’d love to get your opinion of the condo so don’t hang back from posting a comment below

Check out our listings at Galare Thong Tower

Stylish one bedroom condo to rent at Galae Thong Tower,…

Don’t miss out on this superb, stylish, refurbished (all the…

Well furnished fully furnished studio room to rent in the…

Another 'classic' in terms of the older buildings in Chiang Mai, Galare Tong has seen a large amount of investment in the last 10-12 years. Condo's of varying size offer great value for money for those that are looking for a nice sized condo and not worried about the fancy facilities such as a swimming pool.

Located in a good location. You can access from many ways. Close to the super highway and also close to the old town. Even many people live there yet it still quiet and feel safe. The corner units here are spacious, come with big balcony that make you sit there and enjoy Doi Suthep all day.

Check Out this Walk Through Video For Galare Thong Tower 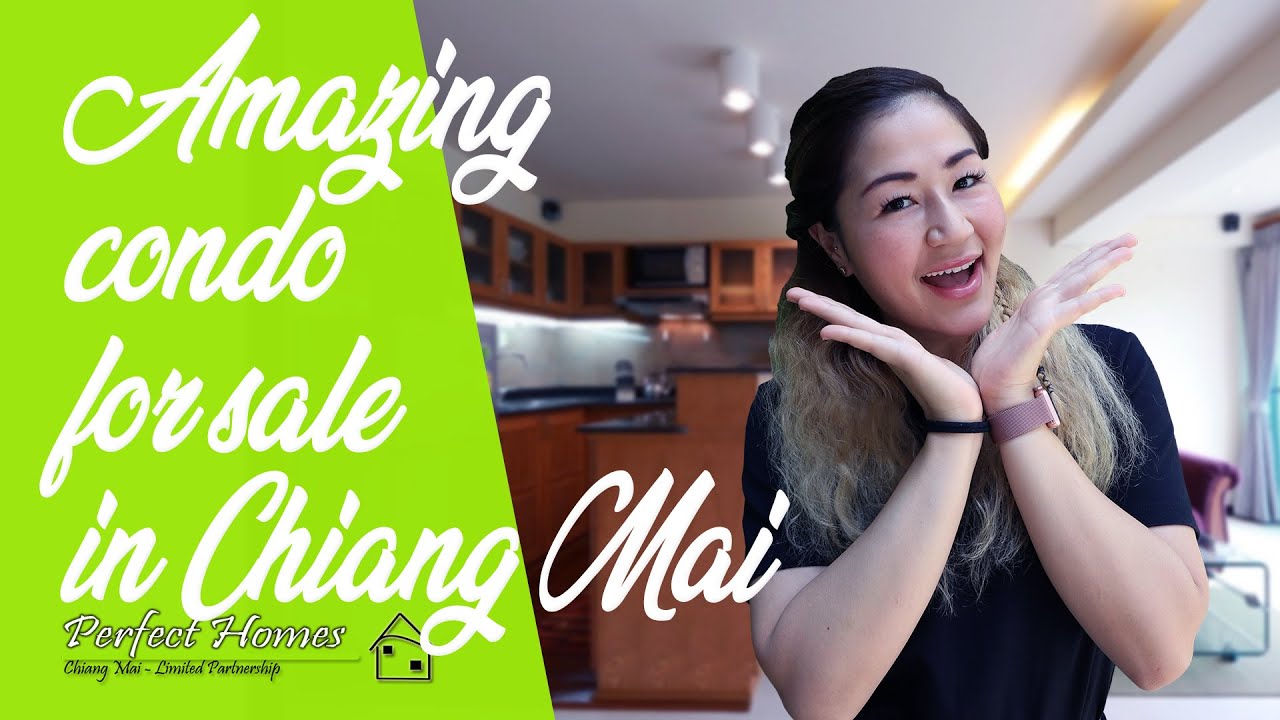 Check Out this Walk Through Video For Galare Thong Tower 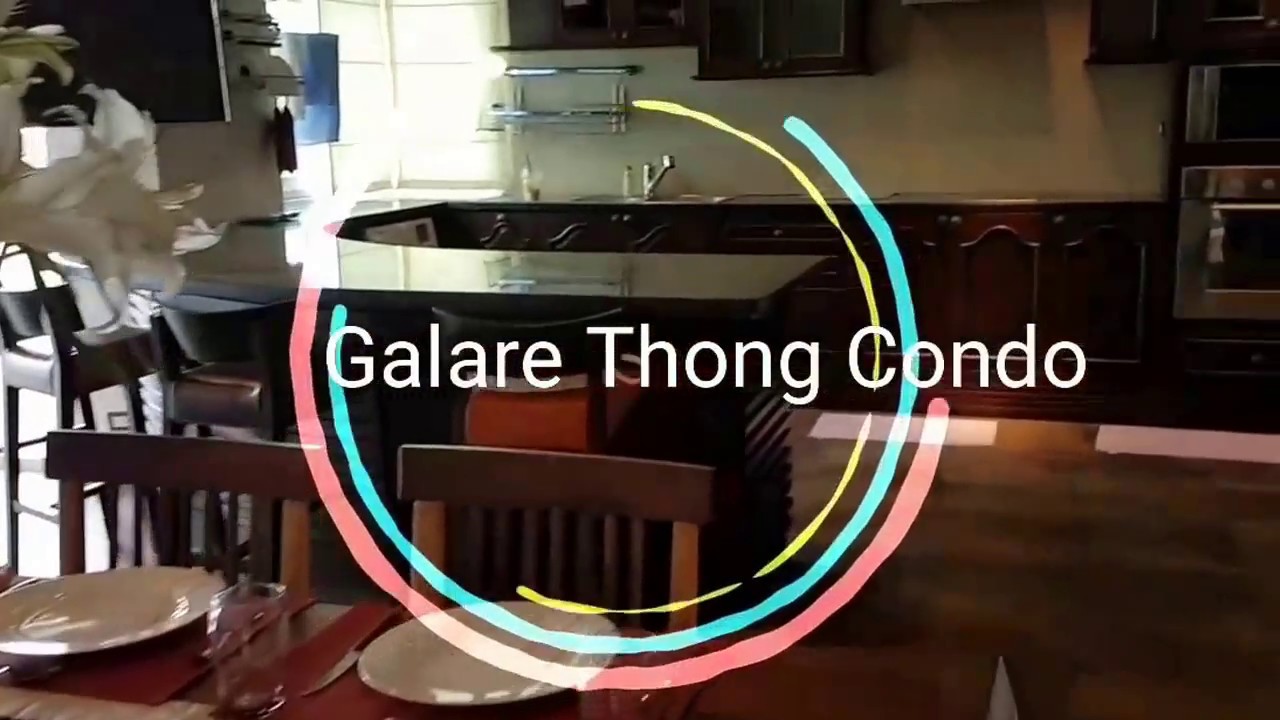 The Luckiest Days in 2021 for House-Warming Ceremony

Talking about the belief of most Asians, we tend to believe in a good day and a bad day. Thai people have been believing in

Prime Location at One Plus Harbour

Prime location one bedroom apartment at The One Plus Harbour, located behind ‘The Harbour’ and The Maya Shopping Mall. Rent: 8,000 THB/Month. This fully furnished …