Perfect Homes presents The Embassy House With its blended architecture of quintessentially Lanna style design, which finally opened for business more than ten years ago.

A residential construction popular with both Thai and ex-pats, the lofty landmark construction stands as one of the most sought-after condos in Chiang Maifinding favour in no small way thanks to its applaudable level of building care and resident relations.

So exactly WHEREABOUTS in town is The Embassy House?

Rising grandly against the city skyline, the condo backed onto the grassy eastern bank of the gently coursing river Ping at Rattanakosin Bridge and entranced on Charoen Rat Road.

Caffeine hounds can kick-start the day by taking morning coffee or grabbing brunch at one of the local coffee shops. The Thailand Tatler top-rated Oxygen Dining Room glasshouse restaurant is only minutes away.

Other highlight destinations in under 15 minutes from The Embassy House include the spread-out Muang Mai market, a non-stop buzz of activity trading seasonal fruits, vegetables, herbs, meats and fish and more at low prices.

ON-SITE AMENITIES that pretty much cover all bases!

With security guards on the premises 24 hours, communal corners of The Embassy House Chiang Mai are captured on CCTV with electronic keycard access through the building’s first floor main doors. Right around from which are a ration of private car and bike bays in addition to an underground parking lot suitable for many more vehicles.

As well as providing courtesy WiFi throughout the condo, inside the teak-appointed foyer’s a seated waiting area, twin passenger lifts [elevators], plus a reception desk open Monday to Saturday by the juristic manager. Off of the lobby is a nicely proportioned and no less tastefully accommodating miscellaneous room. It conveys more than a hint of vintage charm between its open fireplace and wall-mounted photographs of forgotten Chiang Mai!

Beyond the lounge lies a sprucely manicured and tree-enveloped rear tropical garden. At the same time, one floor up is a meeting room facility with a saltwater swimming pool and separate jacuzzi outdoors.

Here’s why The Embassy House CONDO UNITS are so in demand!

Despite its burly 12-storey physique, The Embassy House comprises nearly the fewest units of the 200-odd condominium projects in metro Chiang Mai – a mere 36 suites! The upshot is large condos and scant, if any at all, neighbours sharing the same floor. At 75 square metres, even the compact one bed, one bath units are twice as big as the city average for their class; the more significant number, though, comes with two bedrooms and two bathrooms, offering 104 to 154 sq m of overall space with several three beds, three-bath condos at a whacking 175 to 290 sq m.

Accounting for up to a quarter of their total size, units feature either single or double linear or wrap-around private balconies, which, from higher storeys, in particular, command outstanding aerial views over Chiang Mai’s life-sustaining waterway and townscape to the yonder mountains!

In general, suites are presented with an open-plan living/dining/kitchen layout and supplied furnished, air-conditioned, and equipped. Though still perfectly inhabitable, the interiors of various condo units are somewhat behind the times now, whereas some have been thoughtfully redesigned into contemporary luxury quarters.

The Embassy house disappeared of the map for a good few years with very few people taking any notice of the property. Then several of the residents at the time started buying up the large units. This in turn filled the foreign quota and since then Embassy House has been highly sort after but very few units ever hit the market.

The embassy house is an absolute rare and unique building. I really like the building location, where is so easy to travel around and you can see the 180 degree of chiang mai.

Have a look at our walk through video at The Embassy House. 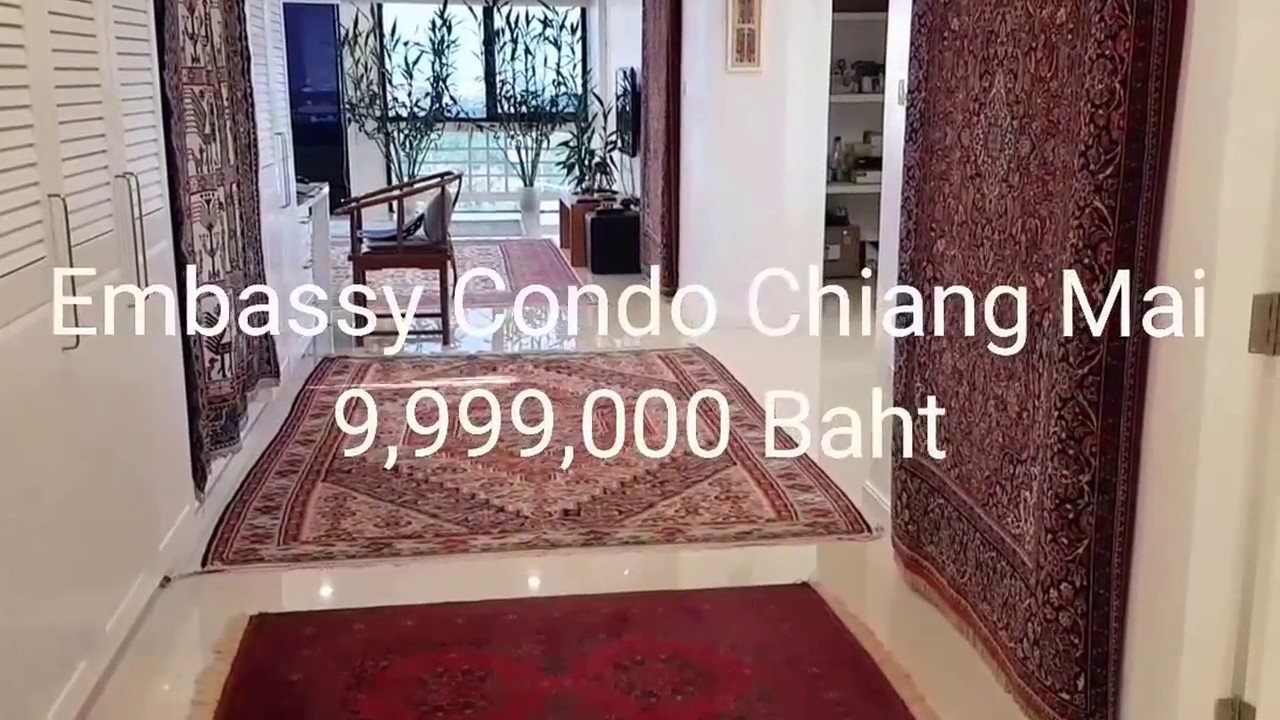 Check out the Embassy House's location!