CONDO DEVELOPMENT by one of the Kingdom’s most famous architects!

Then among the largest and most impressive buildings in Northern Thailand’s first city (hence its stately handle!), the well-constructed dozen-floored Doi Ping Mansion was devised by none other than Bangkok’s Dan Wongprasat back in ’94 during the height of Chiang Mai’s golden era of real estate.

The Doi Ping Mansion has a resident-minded condo crew, is in good repair and cleanly kept plus, lived in by a mix of Thai folk and mostly retirement-age foreigners, a real communal vibe with regular and no-excuse-needed in-house socials!

One block back from the winding Ping River, Doi Ping Mansion rises high on a leafy tree-flanked stretch of Charoen Prathet Road facing the old Wat Chai Mongkol temple. And with Chang Khlan’s artificial and natural high spots within strolling distance, it’s hard to dispute the condo’s claim of occupying ‘the best location in town!

A little more than a hundred metres up the road is the five-decade-old Alliance Française which hosts French language classes and cinema screenings besides functioning as the Honorary Consulate of France in Chiang Mai.

While right across the way, Anantara Resort’s with its critically acclaimed and colonially inspired The Service 1921 Restaurant & Bar. Sixty seconds further on is Anusarn Market’s nightly ‘Food and Walking Street’ followed by the Ancient House cultural antique mall featuring a historic wooden Huen [‘home’ in the Lanna lingo] housing The Chocolate Factory shop, café and restaurant. The River Market restaurant is next door and the meeting place for the Chiang Mai Expats Club’s twice-monthly breakfast buffet.

From the junction with Loi Kroh Road, hang a right -crossing the iconic Iron Bridge- to hit up the Nawarat branch of Rimping Supermarket for a grab bag of the finest groceries and imported provisions; or else, turn west to make the Night Bazaar’s excellent eateries, pubs and retail pavilions in the company of roadside vendors selling all kinds of merchandise in existence before continuing onto the ‘Old City.

At not even the one kilometre mark from Doi Ping Mansion runs Charoen Prathet Lane 1 AKA ‘Halal Street’; an alleyway destination not just for the most authentic renditions of the North’s signature dishes of khao soi and Khao Mok but held each Friday morning opposite the mosque, also the Ban Ho farmers’ market where local Chin Haw [Chinese Muslims] and Tai Yai [Burmese Shan] minorities amass to shift sell their own -often very distinct- produce!

Feel at home with these ‘cosy and comfortable’ ON-SITE AMENITIES!

As well as an electronic keycard access panel at the condo’s main doors and CCTV cameras covering common areas, professional security staff guard the entire time at the automated barrier into and out of the adequately spaced understorey private parking lot.

From where, on account of the flight of steps up to the building entrance, wheelchair-using occupants can take a special elevator from the ground level up to the reception lobby; itself, made over a few years back into a stylish contemporary lounge complete with two additional passenger lifts, comfy seating, shelves of donated paperbacks and  WiFi.

Beyond the juristic person manager’s office, there are coin-operated washing machines and tumble dryers, not to mention an indoor gym and small-scale open-air swimming pool.

Differently laid out with merged living/dining quarters and either alcoved or incorporated kitchen, interiors are invariably offered fully furnished and air-conditioned. Though several DPM’s condos remain in their original condition, some have been modernised to the hilt, including this uniquely designed and quirkily detailed number! All, however, are riggable with Sinet’s super speedy fibre-optic broadband internet.

Check out all our available sales and rental units at Doi Ping Mansion.

Have a look at our video at Doi Ping Mansion 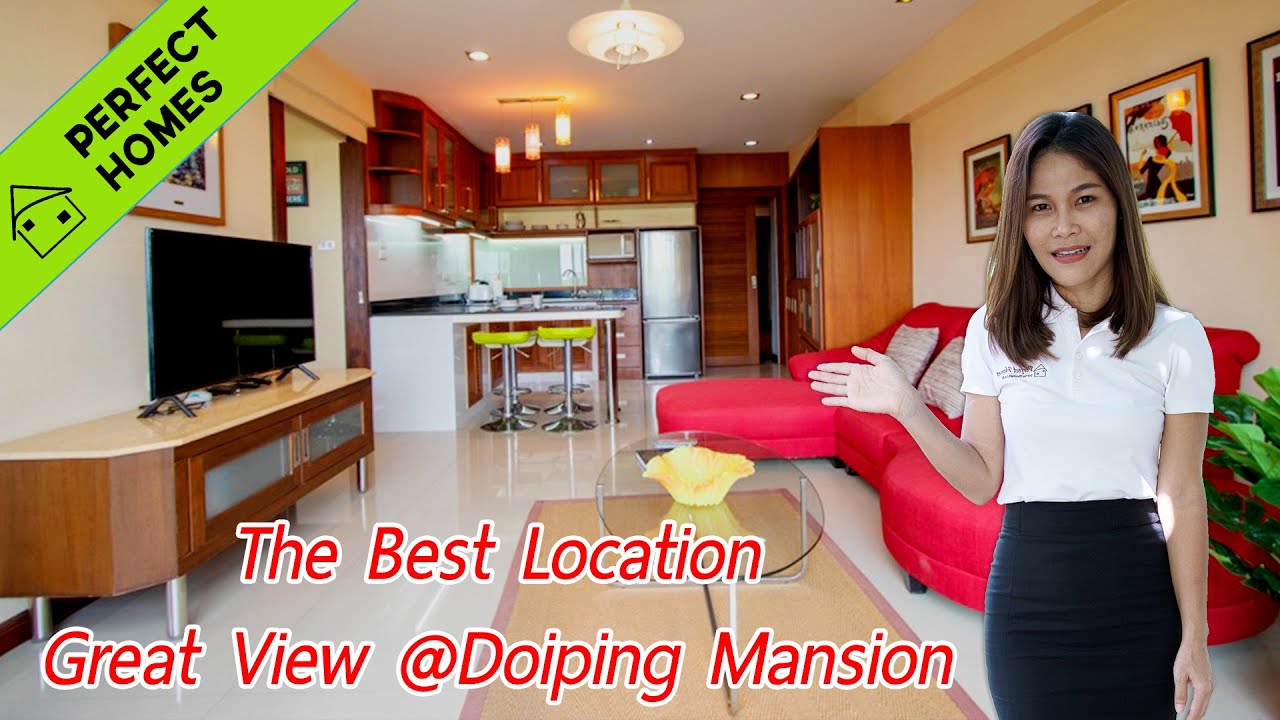