Unmistakable in appearance, Chom Doi Condotel actually stands not as a single edifice but rather two separate and uniquely shaped residential buildings; the first built ‘triangular’ Chom Doi 1 and, directly across from which, the marginally more youthful and positively iconic ‘round’ Chom Doi 2. Inevitably –but fairly so- for properties pushing a quarter of a century in age, neither Chomdoi condominium can boast the aesthetic allure of a sleek new modern-day construction nor are blessed with the latest and greatest in leisure amenities. Yet both condos continue to serve as a popular living spot for foreigners to Chiang Mai and among Thai folk particularly thanks to their tried-and-tested day-to-day running and upkeep of the premises, and affordably commodious revamped units whilst occupying a first-rate position at the convergence of three landmark neighbourhoods and hardly a stone’s throw from the largest education hub in the whole of Northern Thailand.

Poised loftily along the mid-reaches of Canal Road (Klong Chonprathan) so, as part of Chiang Mai’s multi-lane

Outer Ring Road, granting residents fast, easy, direct travel to destinations within and beyond the city, Chom Doi Condotel in fact lies just inside the official bounds of the Nimman neighbourhood. Ideally for digital nomads, en route to Nimmanhaemin’s main thoroughfare and walkable from the condo complex in little more than 5 minutes is the superbly cosy, hospitably staffed and peacefully situated co-working space, Addicted To Work, with its especially economical hourly, daily, monthly and quarterly membership rates. For rest or play, on the other hand, onward in only as much time again is Chiang Mai’s trendiest territory in the form of Nimman’s stack of upscale drinks lounges, cafés galore, international restaurants, boutique retail outlets and, at Rin Kham intersection, the ever-bustling and ultra-contemporary Maya Lifestyle shopping mall. Those hankering after an insight into more classically Thai habitats need only head out of Chom Doi to Phucome junction merely 250m away where immediately to the north east is Jed Yod; home to its namesake –and still little visited- ancient seven-spired Buddhist wat[temple] on top of plentiful mom and pop shophouse eateries in the company of, ahem, more than a few ’drawn-curtain’ love hotels! Or, directly north west of Phucome crossroads with more than its fair share of vibrant and inordinately local farmers’ markets, wonderfully leafy sois [side streets] and profusion of undisturbed green spaces is the suburb of Chang Khian. And where it meets Huay Kaew Road ‘in front of Chiang Mai University’, the area known as Na Mor; the site of Malin Plaza upon which has been developed The Chiang Mai Complex sheltering a sizeable food court dishing up domestic and western fare, Japanese and Korean restaurants as well as the brilliantly atmospheric –albeit heavy with fashion-struck Thai adolescents- nightly pop-up market Kad Na Mor itself crammed with great value eats and bargain-basement clothing. More or less opposite which is the northern entrance to CMU’s main (Suan Sak) campus; established on roughly three square kilometres of land and more like a small town, the partly wooded estate features loads of student-priced canteens, coffee shops and bakeries plus a post office, a range of Thai banks, a computer- and WiFi-equipped  library available for public use not to mention the terrifically scenic Ang Kaew lake set against the verdant forested slopes of the Doi Suthep-Pui National Park. Before conveniently emerging from the university grounds through the side gate on Huay Kaew Soi 3 and a quick 5 minute stroll back to Chom Doi!

Besides the attendance round-the-clock of a duo of uniformed security guards stationed at the dual-barriered entryway to Chom Doi Condotel, video monitoring cameras are mounted both indoors and out with access into the respective condo buildings controlled by virtue of a personal-issue electronic key fob; for added peace of mind, residents are free to avail of front office or juristic staff any time between the hours of 8AM and 5PM daily. For those with their own set of wheels, Chomdoi supports outdoor (covered in parts) and underground private parking for no less than 120 cars in addition to no shortage of bays in which to safely plonk a motorcycle or push bike. As well as each condo building enjoying its very own amply proportioned, well maintained and nice looking outside swimming pool with encircling sun deck, both residences star a central open courtyard liberally adorned with lush tropical vegetation and off of which, double lifts (those in Chom Doi 2 are glass elevators). What’s more, Chom Doi 1 encompasses a reasonable –though now somewhat dated- collection of fitness equipment, a multitude of communal seating arrangements and around the edge of the inner atrium, a number of commercial units not least a book shop, minimart, serviced laundry, and in common with Chom Doi 2, a half-dozen coin-operated washing machines, tumble dryer and water-vending dispenser. WiFi is supplied throughout the two condo buildings but at 350 baht per device per month and a none-too-speedy shared network connection, residents are infinitely better off organising their own dedicated installation of home broadband through any of the city’s Internet Service Providers (subject to coverage and supplementary subscription charges).

At 14 storeys apiece, Chom Doi 1 and 2 together incorporate several hundred much larger than average, air-conditioned, mostly balconied units and, a real boon for residents rarely seen in Chiang Mai’s condos, single-loaded corridors so each and every room faces inwards towards the building’s own inner courtyard. Studio and 1 bedroom units variously weigh in at a generous 35 to 47 sq m with 2 bedroom units an even heftier 67 to 72 sq m; not forgetting the 2 bedroom duplex penthouse suites distributed across the upper two floors and which provide anything from 96 to 146 sq m of useable space. Though unfurnished or partly-furnished units do occur on the market periodically, the majority come fully furnished. That said, condo units at Chom Doi represent a proper mixed bag with some of the earliest –since neglected and now very much worse for wear- condo units still surviving. However, many have been completely and utterly overhauled to an excellent if not superior standard offering every mod con imaginable though, of course, the exact configuration, interior design, fittings and fixtures, household appliances and homewares is entirely at the mercy of the individual unit owner.

Feel free to peruse all of our existing sales and rental units at Chom Doi Condotel.

Are you currently living at either of the Chomdoi condos or have ever stayed there? If so, we’d absolutely love to hear your opinion of the place by posting a comment below!

Check out our listings at Chom Doi Condotel

Studio room to rent at Chom Doi Condominium, located near…

Studio room to rent at Chom Doi : Round Bldg

Rent at Chom Doi Condominium (round building) situated on Canal…

Located on level 3 of Chomdoi Condominium (Square Bldg), a…

Chomdoi Condominium (Square Bldg), studio room to rent within a…

Affordable but no frills in this studio room at Chom…

Studio room to rent at Chom Doi Condominium (round building),…

FOR SALE, a partly furnished two bedroom condo at Chom…

Check Out this Walk Through Video For Chom Doi Condotel 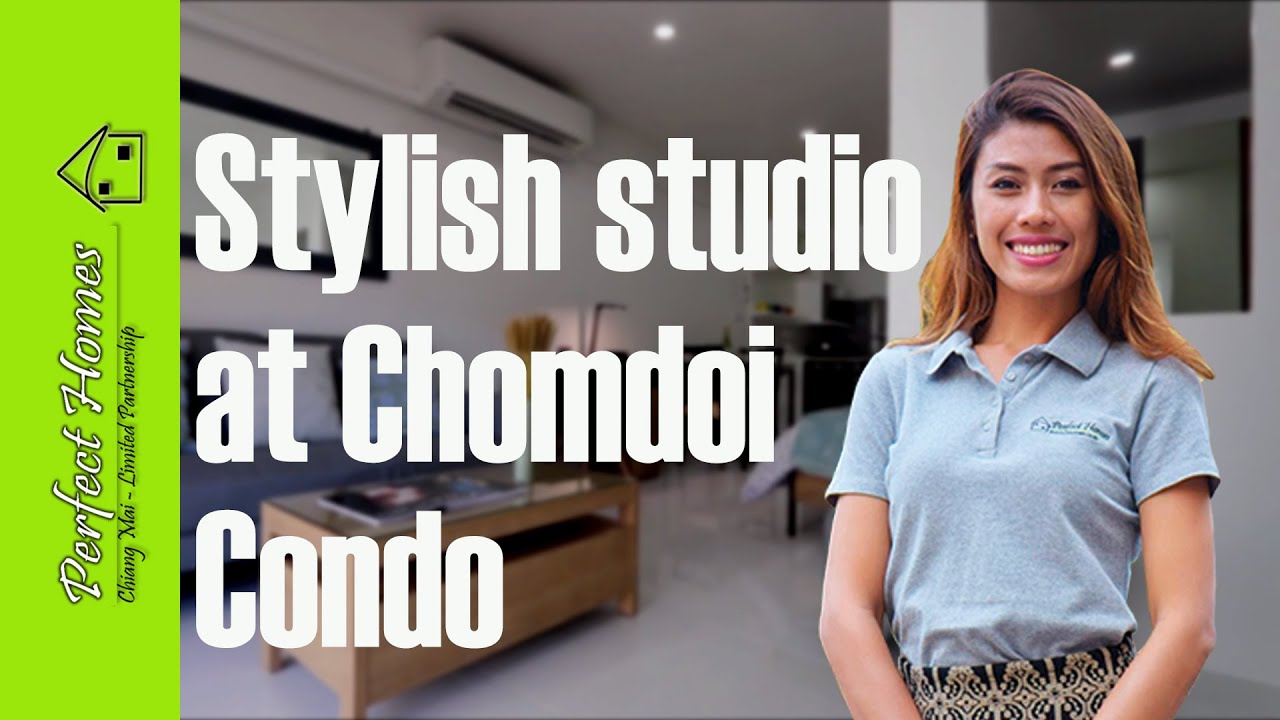 Intrigued to find out who’s behind the DESIGN & DEVELOPMENT of Mobius Condo? Swelling the local property development ranks a dozen years back and fashioner

RENTED UNTIL: 2 March 2020. Rent a spacious one bedroom, fully furnished and equipped condo at One Plus Condominium Suan Dok, Suthep. Rent: 15,000 THB/Month. This condo has …

A 1-Bedroom Condo With Style at Liv@Nimman

Looking to rent a quality condominium in Chiang Mai, then perhaps this attractive one bedroom condominium is what you have been looking for? Rent 18,000 …

Studio apartment for sale at Dcondo Campus Resort Condominium Building, Suthep Road near to Canal Road and Chiang Mai University. This condo is currently under …