Ever since forming three and a half decades back, the Bangkok-HQ’ed and Thai Stock Exchange-listed Quality Houses has banged out masses of residential property projects up and down the Land of Smiles.

Positioned at roughly 90° to one other, Casa Condo Chang Phuak’s pair of structurally unconnected eight-storey modern architected buildings have been considerately crafted to manifest ageless Lanna charm and grace.

Fancy livin’ in a LOCATION that’s peaceful but handy?

Not 500m south of the condo stretches a short parade of shops made up of a few mom and pop eateries, cafés as well as a never-shuts 7-Eleven convenience store. Across the way sits the expansive 33rd Military Circle Lanna Sports Centre home to three nine-hole golf courses, shooting club, horse racetrack, tennis courts, open-air swimming pool and the aptly titled ‘Hole in One’ resto knocking out assorted domestic and continental dishes. For altogether more leisurely times, alongside lies the charming and surprisingly uncrowded green setting of Rama IX Lanna municipal park; behind and best appreciated at dusk, a long lineup of over-the-lake restaurants at which to put away cooked-to-order Thai fare and a cold one (or several!). Scarcely a five minute mosey farther is a Caltex filling [gas] station with Mini Big C stocking a solid pick of low-priced daily groceries and household goods. Onward again is the fab fresh market Kad Boriboon and pitching up outside during the evenings, a cast of kerbside street food vendors.

At Khuang Sing junction, carry straight on passed Rajabhat University, Chotana Mall (with Tops supermarket) and Chiang Mai Bus Terminal 1 to make the northern [Chang Phueak] gate of the ‘Old City’; otherwise, take to the Super Highway for a four minute motor to get to Maya Lifestyle Shopping Centre and Nimmanhaemin Road or, in the opposite direction for just three and a bit kilometres to hit up CentralFestival mall.

Who wouldn’t dig these ON-SITE AMENITIES!

Almost exclusively covered, there’s ground floor parking enough for 80 cars then in condo building B is the minimally though practically appointed central lobby; fitted with free shared WiFi, a drinks vending machine and a serviced laundry counter not to mention a juristic office crewed from 9AM to 6PM every single day of the week.

Gettin’ a great big eyeful of the forested Doi Suthep-Pui mountains while in transit, hop either of the twin glass-fronted lifts [elevators] before stepping off on the second level for the male and female saunas, communal fitness facility and the star of the show, a brilliant palm tree-backed outdoor saltwater ‘Sky Pool’ with so-named ‘Cool Relax Zone’ at the shallow end as the spot to kick back nicely on one of the rattan loungers. And if not there, hang loose inside the nearby gazebo surrounded by the condo’s landscaped gardens complete with brightly hued tropical blooms.

After a heads-up on the TYPES, LAYOUT & SPEC OF CONDO UNITS?

Extending over the second to eighth floors, Casa Condo Chang Puak’s low-rise Towers A and B each feature exactly 140 residential units. More or less ordinarily sized, studios weigh in at 30 sq m of useable space whereas 1 bedroom, 1 bathroom pads are a more plentifully proportioned 41 to 52 sq m with 2 bed, 1 bath units amounting to 67 sq m

Set out as either a combined living/dining corner with separate kitchen or else open-plan, every unit enjoys an attached private terrace and broadband internet available through Sinet.Though not forgetting, on the fifth floor of building B, a one-off 214 square metre 4 bedroom, 5 bathroom VIP suite with integrated living/dining/galley kitchenette and boasting a handful of individual balconies!

For the greater part, condo units are supplied furnished, equipped and air-conditioned in full with simply but well presented, light interiors.

Check out our listings at Casa Condo Chang Phueak

One-bedroom condominium located on 7th floor of the Casa Condo…

Furnished one bedroom condo to rent at Casa Condo at…

Check Out this Walk Through Video For Casa Condo Chang Phueak 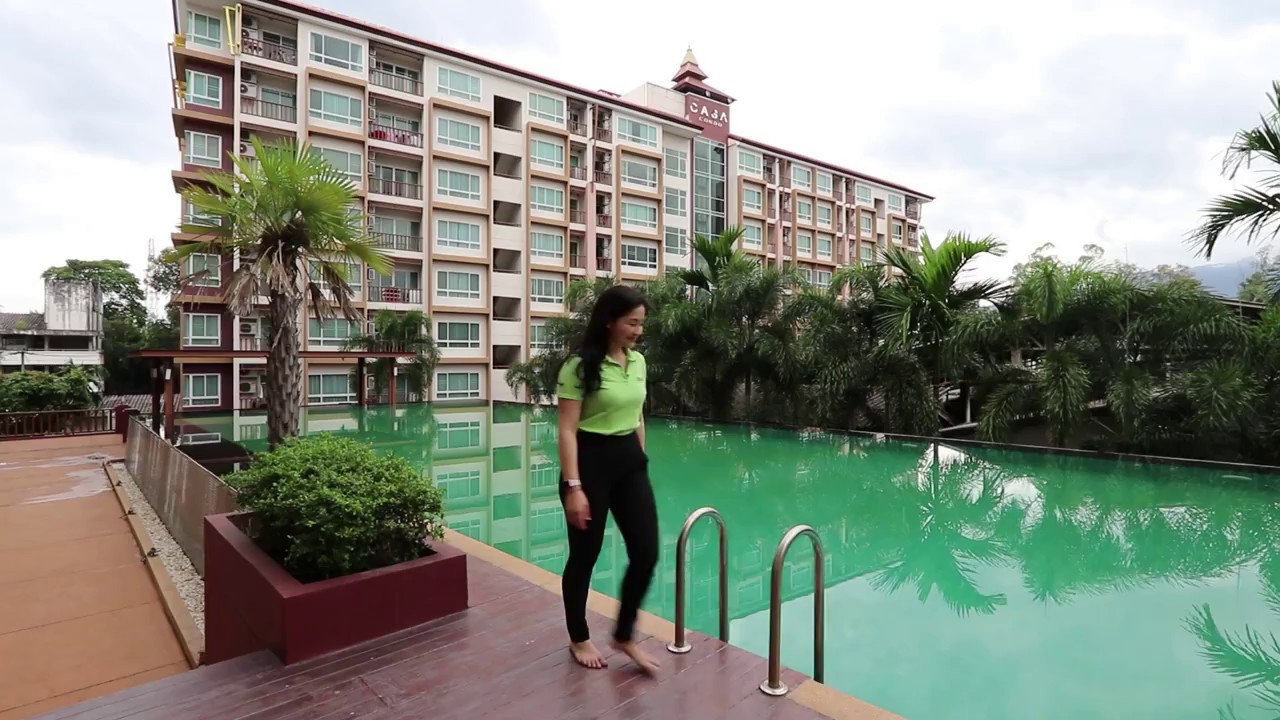